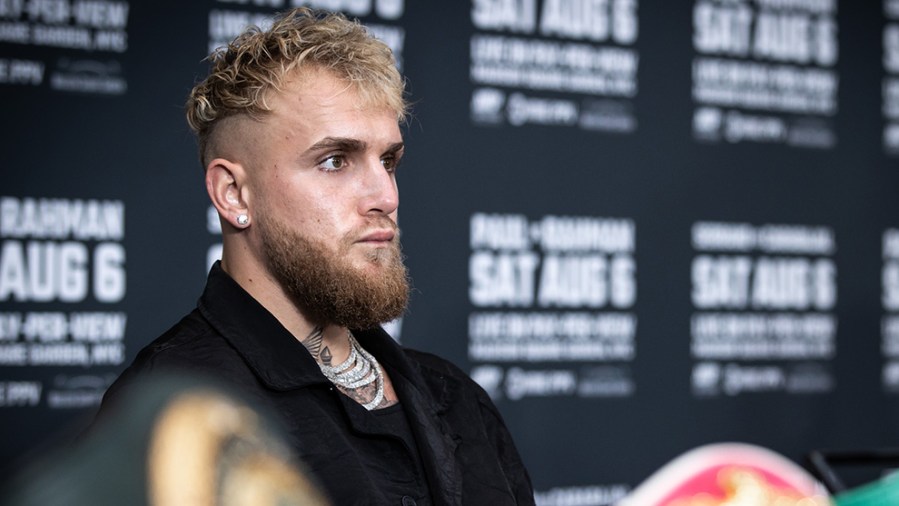 Why it’s increasingly unrealistic to expect boxers to go the ‘traditional route’ in a world entrenched in the immediacy of social media, writes Derek Williams

WHENEVER boxers say they understand that boxing is a business, it’s more often than not through reluctant acceptance rather than inherent knowledge that they’re merely an asset in the sport – one which can be moved, exchanged and ultimately, dropped altogether. It’s the same in the NFL, NBA, MLS, and any other American sport recognised by an acronym, where you can also learn that you’ve been traded or cut through Twitter.

Maturity plays a significant role in the realisation, but experience within the sport spells out that, like any business that has been slow to realise the value of its employees as people, boxing places profit before boxers. The Eubank Jnr-Benn debacle gave us a global demonstration and timely reminder of the ruthlessness of boxing’s business practices.

It might seem naïve for a boxer to fight for pay and not think that they’re in a business, but typically, professional boxers think of themselves as participating in a sport first and business second – or at least they do when they’re starting out. Deep down many of them want the people training, managing and promoting them to care about their careers and fortune as much as they do, not just as a commodity, a revenue generator, or a means to an end. However, the grisly reality is that’s not likely to be the case.

Moving from a sport first to a business-oriented mindset isn’t and easy transition to make for boxers. Despite boxing’s resemblance to a gig economy, throughout history they’ve been conditioned to accept a model of graduation – to a fault – to a point where they’re chastened by the said model. For most sportsmen and women their career begins with dreams and an idealism moulded by youth and promise. Fighting for trophies and medals rather than pay as an amateur is embraced as a necessary part of the journey, an organic route to that final, lofty destination. Following these steps just feels a little more righteous, but more importantly they lay the foundations needed for the altogether more demanding professional battlefield that awaits.

Boxers can become hostage to this process – by fans and themselves. Fans want to believe that the fighters they watch are motivated to do what’s right for the sport, which includes entertaining them, fighting for legacy, proving their heart or some other virtuous reason. There are probably fighters who believe this, too. It’s seen as egregious for boxers to adopt a profit-first, a la Floyd Mayweather approach to the sport, especially the younger ones, who should, in the eyes of the watching world, should be there for the love of it.

Remember when Chris Eubank was rounded on for stating that ‘boxing is a mug’s game? That comment developed a life of its own, with Eubank drawing ridicule and scorn as if he had pierced the heart of the sport. Maybe he did because forward 30 years and caps have been doffed to Eubank for his protestations against the promoters who appeared to put money before the wellbeing of his son. 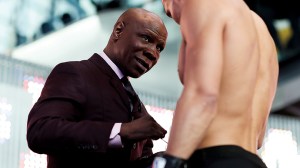 So, it’s easy to see why boxers might be frowned upon for talking about money rather than exhibiting their commitment to the sport. But shouldn’t they be more versed in business to prepare them for the inevitable ‘boxing is a business’ wakeup call and beyond? Unlike in many other sports where agents, financial advisors and lawyers are drafted in early to protect interests of their clients, many boxers usually have to rely on boxing managers, who might know the dark corners of the sport and be able to manoeuvre their fighter but won’t have the necessary acumen to service their business needs.

The influx of YouTubers, MMA fighters and retired sports stars, into boxing has been about nothing besides money. While they’re not taken seriously, they’ve still managed to find audiences that are willing to pay to watch them, and they’ve done that without graduating through the traditional steps which boxers have long been required to take. They’re not interested in developing through the amateur system, or in fact, any system that boxing has. Their capital is popularity, and they expect to be paid handsomely for it. It’s a money move, dressed up in patter.

While non-boxing personalities essentially using boxing to make large sums of money has been debated and dismissed as sacrilege, they have been willingly hosted on major platforms like DAZN. The network might be left trying to fill the boxing schedule because of the recent big fight postponements and major fights not materialising, or maybe it has seen a model of the future: that a boxer having 20 million social media followers or subscribers opens more possibilities in terms of audience and reach than a prospect in the infancy of their career, or even a champion with a much smaller following.

Okay, maybe that’s moving too fast, but Floyd Mayweather was an early investor, taking on Logan Paul for an obscene amount of money. Logan’s brother, Jake, with significantly more clout and commitment to boxing, has incendiary designs on the sport. He has confessed his desire to disrupt the sport’s hegemony. He’s already proposed a fighter’s association for the UFC, which would fight for minimum pay for its fighters, an increased share of the revenue and healthcare. Apparently, the aim is that boxers will gain from some of its benefits.

Sure, it’s just talk right now, but with his brand and reach it’s not completely unfathomable. Paul’s capital has ensured that boxing’s decision makers haven’t shut the door on him. It would be unthinkable for a 25-year-old with limited boxing experience to be in the room with Matchroom, much less at the negotiating table to make the richest women’s fight in history at between Amanda Serrano and Katie Taylor, but there he was. It’s doubtful that an established champion like Serrano wouldn’t have entertained Paul and his company, Most Valuable Promotions, at such a crucial juncture in her career if she wasn’t confident in his ability to deliver.

When Lawrence Okolie tweeted Paul recently, saluting him for their sparring, it pointed to his increasing creditability amongst boxers. It also wasn’t a stretch to imagine that Paul might have given some free consultancy to Okolie who has been going through contractual woes with Eddie Hearn and Matchroom. It would make a lot of sense, like hand in glove.

Might we see young boxers coming into the sport backed by revenue generated from social media followings and brand partnerships rather than amateur medals and small hall apprenticeships? In a world that prefers instant gratification over the grind and experience, it wouldn’t be surprising. Separating the wheat from the chaff would be a challenge, but in an ideal world it would represent more career ownership for boxers and boxers need to be about their business.

*** Written in collaboration with Wayne Cyrus ***