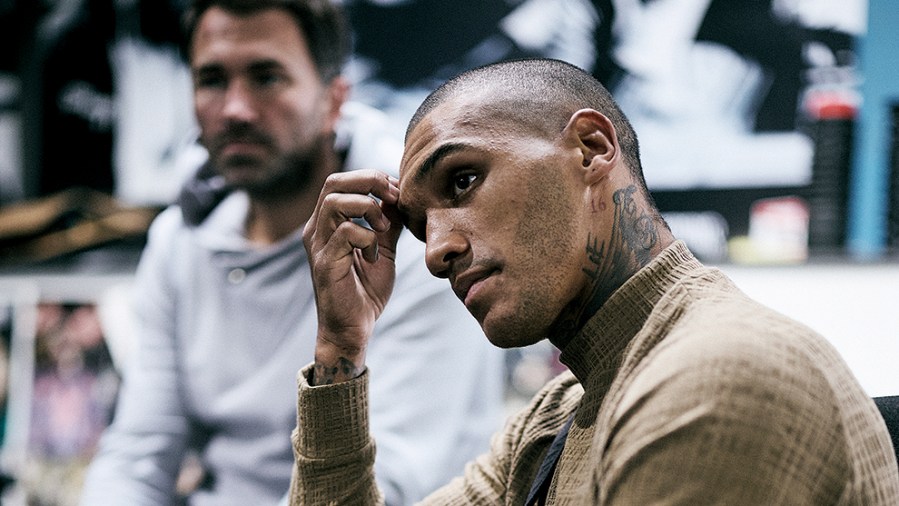 The need for a universal governing body has never been greater, says Derek Williams

PHEW. What a week! Who would’ve thought a failed drugs test could’ve ground a sanely and well-run sport to a halt? But it did, in the UK at least and just for the record, boxing isn’t sanely or well run at all. It has resembled a rudderless ship without a captain. The optics of a huge event being pulled three days before its scheduled to go ahead because of a failed drugs test, and its promoters going all out to circumvent the ruling with lawyers and loopholes, won’t be forgotten anytime soon.

Boxing is a sport in crisis and it’s not because of Conor Benn and his supposed ingestion of a fertility drug. Rather, it’s years of under delivering on the fights that audiences want, the absence of a cohesive structure of governance worldwide, and the cornering of power by a few with deep pockets has seen its ability to evolve impeded and the sport’s status erode year-on-year. In the wider society it would be called a systemic decline, but boxing doesn’t really have a system, more so a model, like a place of business.

When these types of failings bottleneck things usually move on to the ‘making it up as we go along’ stage. The power of personality, or populism, becomes the rule. The individual and their ability to generate revenue makes up for the lack of infrastructure and any real serious order behind them.

In our sport, a popular fighter like Benn fails a drugs test and it’s debated endlessly by those in and around it, umming and ahing, his supporters forgetting that because of a tainted A sample he is now guilty until proven innocent. Fans become prosecutors and defenders, vloggers and talking heads rush to debate the topic on loop, capitalising on the unexpected opportunity to lap up new subscribers and donations, and traditional media… well, it loves a crisis.

Are there similar debates if a 100-metre sprinter fails a test? Of course, there aren’t because there is a framework in place and rules, which are non-negotiable. The sport matters more than the athlete. It doesn’t matter if its Usain Bolt or Mo Farah, if they fail a test then there’s an automatic ban, their career would over as they know it. There’ll be no one trying to exploit loopholes to get them a lane draw in the final, nor offering explanations that involve beef or wild boar.

There have been calls for stronger governance in boxing in the past, but they have had about as much conviction as passengers on the London Underground wanting functioning air conditioning for the past 30 years. It makes total sense to have but isn’t vital enough for travellers to stop using the service or to apply any pressure for upgrades.

Listening to Chris Eubank Snr speak with pain and withering derision about his son, the promoters, and the darker workings of the sport, on the excellent Stamina for Sale podcast was sobering. It was an uncommon outpouring of emotion and opinion from Eubank, a man whose granite mental and physical hardness is carved into British boxing folklore.

It was the lack of empathy, the failure to read the room, corrupted minds and ultimately, the blind commitment to placing money above everything, which seemed to cut so deep for him – not to mention Junior’s willingness to play his part in of all of it.

“They tried to murder my son,” he said. It’s doubtful Hearn or Kalle Sauerland have ever had a stronger condemnation of their work. Many were quick to use Eubank’s past eccentricities against him, attempting to dismiss him as, well, being a bit Chris Eubanksy, a bit weird. However, most fans are aware that serious injury or worse isn’t merely a faint possibility in this sport: Eubank and his old rival, Nigel, know this reality all too well. The health risks were front of mind the moment Eubank Jnr-Benn was signed and the stipulations made public.

It feels like boxing has reached a watershed moment. This ugly episode is playing out in front of a global audience. It’s not simply about the effectiveness of drug testing and reducing the chances of this happening again. How does the sport want to move forward or be perceived? What type of people is it comfortable with operating in its space? Who is in control?

To answer these questions positively real and honest conversations would have to happen.

For a start there could be an enquiry as to how anyone thought it was sensible to sanction a needless fight where a 33-year-old career-middleweight must boil down to well under his natural weight to face a welterweight, in the first place. Not leaving out the question why the governing body sat on a failed drug test for almost two weeks.

There must be some level of acknowledgement that there are recurring problems in the sport, and PEDs is one of them. The views of Dr Usman Sajjad, which surfaced on video over the weekend, claiming that 80-90 per cent of boxers were doping and that its quite easy to avoid being caught in the UK, is worrying. Even if he has plucked those figures out of the sky, this is a man who has worked with Benn and continues to work with Tyson Fury.

The BBB of C is apparently investigating Sajjad, but it all feels a little performative and too late.

So, swinging back around to the idea of global governance bodies. To create cohesion, consistency, standards and moreover, accountability does there need to be an overarching body that adjudicates on boxer health requirements right through to the controversial scoring of fights?

It would be complex to conceive and probably even clunkier to implement, but can the sport continue to fiddle while Rome burns and the feckless sanctioning of unnatural fights like Eubank Jnr-Benn get to play out?

This is top-level structure. One that would be designed to professionalise and formalise how the sport is run. On the ground though, it would probably do little to keep out the grifters, spivs and chancers that boxing has always invited in with few questions asked. Mi casa Su casa after all. The barrier to entry into the sport has always been so low and leaves those within it, particularly the boxers, vulnerable to manipulation and exploitation by characters that think they can help or simply see an easy mark to take from.

Alex Ariza, Manny Pacquaio’s former strength and conditioning coach, once said: “If you want to get PEDs out of boxing, get rid of strength and conditioning coaches. This is one of the most important roles in the sport right now, yet they do not have to submit to any official criteria from sanctioning bodies or licencing requirements, even though they’re paid by the fighter – just like a trainer, the seconds, and a manager.

Yet another loophole. They are usually used as a route to arrive another type of truth, a more favourable version for those who can afford it. The whole of boxing saw that at work last week.