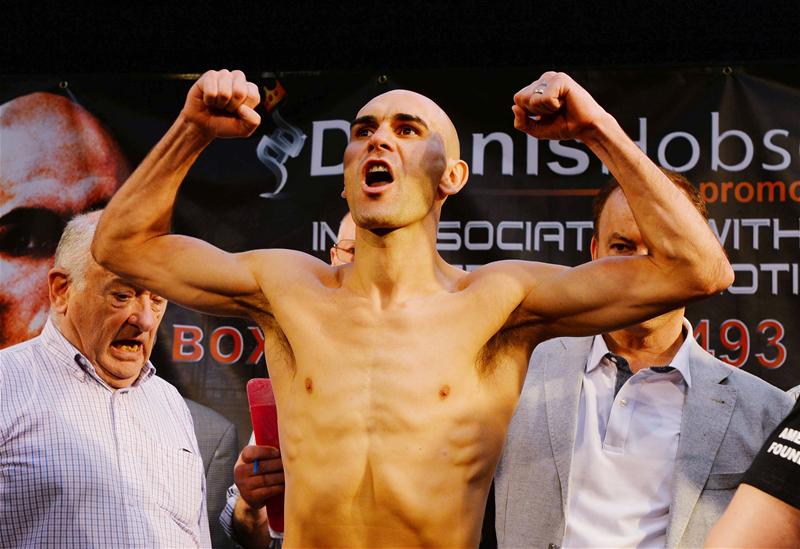 An intense circuit that you can add to your workout routine

STUEY HALL, already a powerful bantamweight, has linked up with strength and conditioning coach Des Witter to refresh that side of his game ahead of his bid to reclaim the IBF world title. Here Des details a circuit that Stuey has been using, which you can include in your training regime:

Des explains, “These workouts are between 40 and 45 minutes. He has 10 to 15 minutes on core [work], which is various different planks, from the floor, multi legs holds, then up on to a swiss ball.

“We do a core section then he finishes with a cool down, stretching and he’s out of here.”

In a typical week Hall fits in one of these strength and conditioning circuits within his regular boxing training routine and also does an interval session. For that session he might have two treadmills running, one flat, one of them on an incline. “He does a minute of sprints on one and changes over on to the other one and we’ll do that for 12 rounds. It’s like a high intensity training day,” Des said. “He might be running at 19k on the one, at an incline of 1% and the other one he’s running at 10 on a 7% incline, a minute on each. He jumps off one, in 10 seconds he’s basically on the other, 10 seconds he’s back on the other one and we do that for 12 rounds so it’s about 25, 30 minutes and he can finish with skipping or some rowing or he might go out and do a run outside.”

For training information and workouts from some of the biggest names in combat sport don’t miss the Fighting Fit: Train like the Stars special