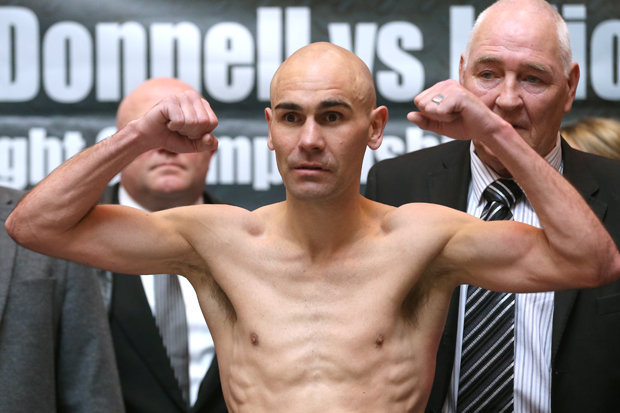 IN a major coup for British boxing, Yorkshire’s Dennis Hobson has beaten off the challenge from top American promoters Golden Boy to secure home advantage for Stuart Hall as he attempts to reclaim the IBF bantamweight crown.

Darlington’s Hall lost the belt in his second defence against Paul Butler in June after being on the wrong end of a split-decision verdict. However, with Butler subsequently relinquishing the title, Hall will now step straight back into the fold against top-rated American Randy Caballero after Hobson pulled off a master-stroke.

“We’ve been working really hard behind the scenes for the last six weeks,” explained Dennis, “and I’m absolutely buzzing. It’s been like a game of poker with Golden Boy, who really wanted the fight to take place in the States. But I’ve had a few cards up my sleeve and we’ve won the purse bids and secured another brilliant fight for the UK and for Stuart.

“It’s not been cheap but my relationship with Francis Warren and BoxNation is excellent and we’ve shown that we’re prepared to go that extra mile for our fighters and have pulled out all the stops to get home advantage. It’s now down to Stuart to do the business in the ring.

“The IBF is the best belt out there and this is a really meaningful fight. Caballero is a huge talent and for Stuart to be fighting at home,with a huge crowd behind him, could be a crucial factor. Other promoters aren’t prepared to push the boat out and plenty of British fighters have had to travel abroad and end up getting beaten.

“The tide is changing and Hobson Promotions, along with BoxNation and Queensberry, will be the major force in British boxing in the future.”

Caballero will be a huge challenge for Hall. The unbeaten American has knocked out 13 opponents in 21 wins, and secured victory away from home in Japan in his last fight in April. Hobson though believes the Californian will leave British shores empty handed.

“This is a really difficult fight for Stuart, but also a very exciting one. Caballero is seen as a future rising star by Golden Boy but I believe Stuart will be too strong and take him to places he’s never experienced.

“We’ll announce the date and venue for the fight soon, but I’d really like the whole of the North East to get behind their man.”