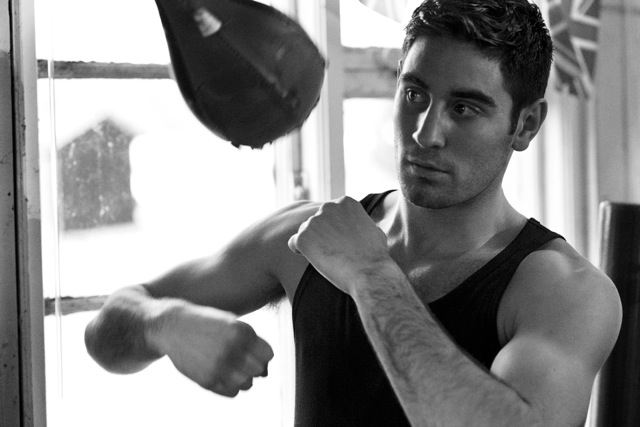 Buglioni has his second comeback fight against Bulgarian Alexey Ribchev in a 10-round super-middleweight contest on the undercard of Bradley Skeete’s WBA Intercontinental Welterweight title against Leandro Mendes Pinto, live and exclusive on BoxNation (Sky 437/HD 490, Virgin 546 and Talk Talk 525).

Former two-time and two-weight world champion, Collins, and his brother Paschal took over Buglioni’s training after the Londoner split amicably with respected trainer Mark Tibbs following his win against Sam Couzens in July.

Collins said, “Frank has done extremely well in his first camp in Dublin under myself and Paschal, we’re all very happy how he’s adapted and performed to a completely new environment, he’s happy with the camp and facilities so we hope it will show on Saturday night.”

“He’s had first class sparring here with some top up-and-coming guys like Spike O’Sullivan, Ian Tims, Luke Keeler and with him coming to the gym, it’s a case of who’s the top dog.  At the moment Frank is the top dog and the other guys want his mantle so the pressure’s on him to perform and it’s working for him.  He’s in very, very, competitive spars with the guys and he’s fighting to survive.

“I’d like to see a good strong performance from him on Saturday night against Ribchev, who’s a hard kid, and then we’ll take stock after and see where we need to improve, but without giving away too much I’m really looking forward to his fight.”