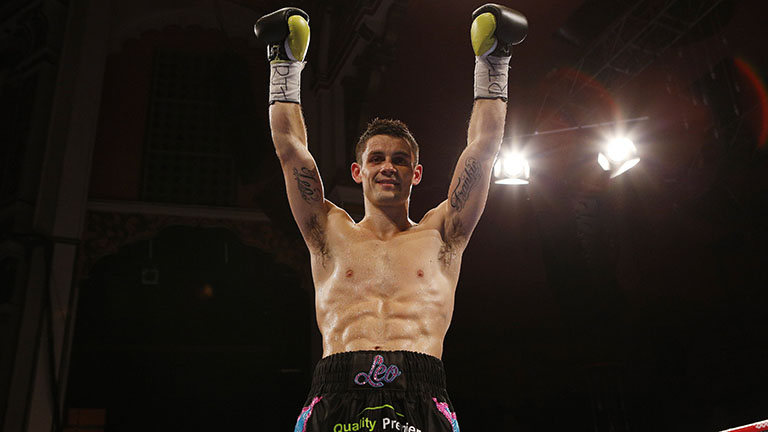 THE Woodhouse Park Lifestyle Centre, just a couple of minutes drone flight away from Manchester airport, played host to pro boxing for the first time with this four-bout Sunday afternoon offering.

Joe Gallagher, back in the area where he boxed as an amateur and in his guise as M22 Promotions working in association with Kieran Farrell Promotions, served up a Father’s Day offering which I’m 100 per cent certain appealed far more to the dads in the crowd than had the antiques fair I saw signposted on the drive in.

Topping the bill, keeping busy and shaking off a few cobwebs in the process was Liverpool’s Stephen Smith who went in over six with experienced Jamie Quinn from a few miles down the road in Stockport.

“Swifty”, as expected, controlled proceedings, upping the ante towards the end of each round and claiming the spoils at the finish. Referee for the afternoon Darren Sarginson of Manchester scored 60-55 and “Quinny”, in his 93rd bout, was pleased to hear the final bell having fallen victim to a number of punishing late body shots, the worst of which, a left hook late in the fifth, left him muttering expletives as he returned to the corner.

Warrington super-middle Danny Craven led Chessington’s Richard Harrison a merry dance in the four-round show-opener, backing him to the ropes regularly and clattering him with numerous weighty head shots to take a shut-out victory.

Honours were even at 38-38 in the four between Bolton’s tall Ben Thomasand Middleton’s busy Darryl Sharp, who fully played his part in a late spell of intense trading while just a point separated Morecambe’s Reece MacMillan and Telford’s Dean Jones. Referee Sarginson scored 39-38 for Reece while I had him a slightly handier winner.

The absence of a timekeeper at the commencement of proceedings meant that senior inspector Alan Alster was called upon to deputise, a task he carried out with some aplomb until the cavalry arrived mid-show.

The Verdict An enjoyable little show with a couple of close ones makes for a good afternoon.