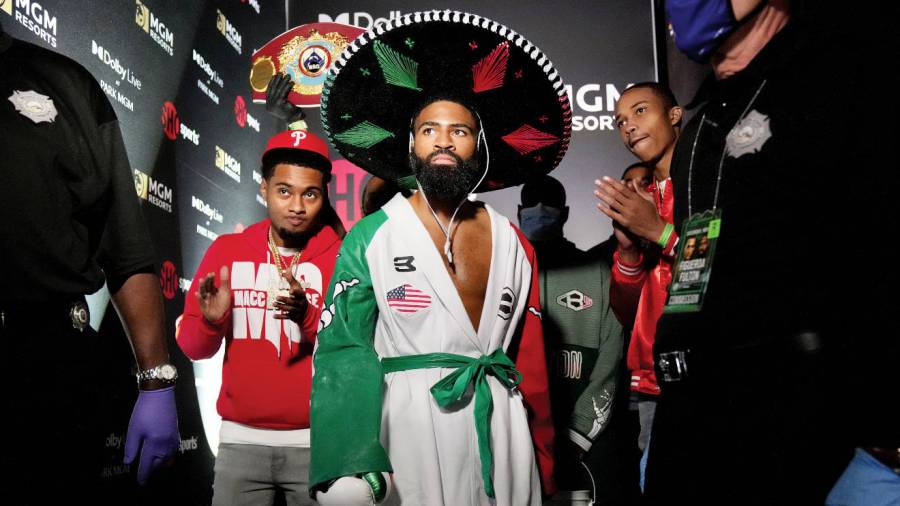 Stephen Fulton vs Daniel Roman is shaping up to be another memorable clash in the 122lbs weight class, writes Nigel Collins

THE current struggle for supremacy in the super-bantamweight division has created a series of close, fiercely contested fights. While the best are tightly bunched, Stephen Fulton Jnr is the de facto leader of the pack. That could change on Saturday (June 4) when he fights number three-ranked Daniel Roman in Minneapolis, Minnesota.

“Cool Boy Steph” is coming off his most demanding yet successful fight of his career, defending the WBO belt and annexing the WBC title by majority decision over Brandon Figueroa. It was one of 2021’s most exhilarating fights, earning honorable mentions on numerous fight of the year lists.

“It was a close fight,” Fulton told Morning Kombat’s podcast hosts Luke Thomas and Brian Campbell. “It was crazy. I didn’t think it was going to be [a candidate] for fight of the year.

Figueroa, on the other hand, called the fight “the biggest robbery of the year.”

“I think he reacted the way he did because he did better than he thought he would,” said Fulton, a budding master of the unintentional backhand compliment. He’s at the stage of his career when his unbridled confidence has yet to be dented, which makes him unpredictable and dangerous.
We look to the Fulton-Figueroa fight for insight and wonder exactly where is Roman’s career arc is headed now he’s lost the IBF and WBA belts to wicked punching Uzbekistani Murodjon Akhmadaliev by 12-round split decision on January 30, 2021. The 33-year-old Angelino has since stayed sharp, scoring unanimous decisions over Mexico’s Ricardo Espinoza Franco and Dominican Juan Carlos Payano. If Roman has one more great fight in him, now is the time.

“I’m more than excited to wins those belts from Fulton and take them back home,” said Roman. “After that, I still have some unfinished business with Akhmadaliev.”

Despite his eagerness to avenge the loss, Roman insists he isn’t looking past Fulton, a familiar refrain whenever a boxer mentions a future target prior to the match at hand. Nonetheless, his evaluation of Fulton is well considered. He knows what he’s up against.

“[Fulton] showed he could fight inside the pocket against Figueroa,” said Roman. “He’s smart and can make adjustments but I can do a little bit of everything. I can stand and fight and I can box. I’m more a technical fighter. I think it will be like a game of chess.”

That’s highly unlikely. This is Philly versus L.A., a classic East Coast, West Coast showdown, even if it is being held in Minnesota. Besides, Roman is a pressure fighter who walks forward behind a high guard looking to engage. Like Figueroa his forte is body punching.

In April 2019, Roman dropped then-unbeaten Irishman TJ Doheny twice, once with a left to the head in the seconds round and again in the in the 11th with a left to the body. It was enough to win by majority decision. It was also Roman’s guts and body punches that kept the Akhmadaliev fight reasonably close.

Roman’s 29-3-1 record is deceptive. He only has 10 wins inside the distance but it would be a mistake to underestimate the damage he inflicts once he gets rolling. If he upsets Fulton, Danny’s body punches will be the difference.

Fulton, 20-0 (8), is five years younger than Roman, quicker, fresher and has a slight advantage in height and reach. He punches in combination, unleashing stinging blows with remarkably accuracy. If he has a bad habit it’s staying in a defensive shell too long with his back to the ropes, warding off blows instead of letting his hands go.

When asked about Figueroa’s body attack that often strayed into foul territory, Fulton smiled and said, “It was a smart tactic he was using. What’s clean about professional fighting? Nobody wants to lose. People are going to do what they have to do to win. Where I come from, first and foremost, we fighting [rather than boxing]. Going into the fourth round, I felt if I kept moving I wouldn’t have the energy to go forward, so I thought, okay, now we’re fighting.”

You can take a Philly fighter out of Philadelphia but you can’t Philly out of a fighter, even when the fight is in Michigan. Whatever approach Roman and Fulton take on Saturday, it will eventually come down to flat-out fighting, the element that has made so many recent super- bantamweight fights so enjoyable to watch.

A man of Roman character and experience should not be prematurely counted out but Fulton’s youthful style should carry him to decisive decision. In the event the weight of Roman’s 33 previous bouts and the punishment Akhmadaliev inflicted have taken a greater toll than expected, I could envision the referee or Danny’s corner stopping it.

On the undercard, No. 3 super-middleweight David Morrell of Cuba, 6-0 (5), takes on the surely overmatched Kalvin Henderson, 15-1-1 (11) in a bout for the lightly-regarded WBA secondary bauble.

The Verdict Fulton is the favourite here for good reason.