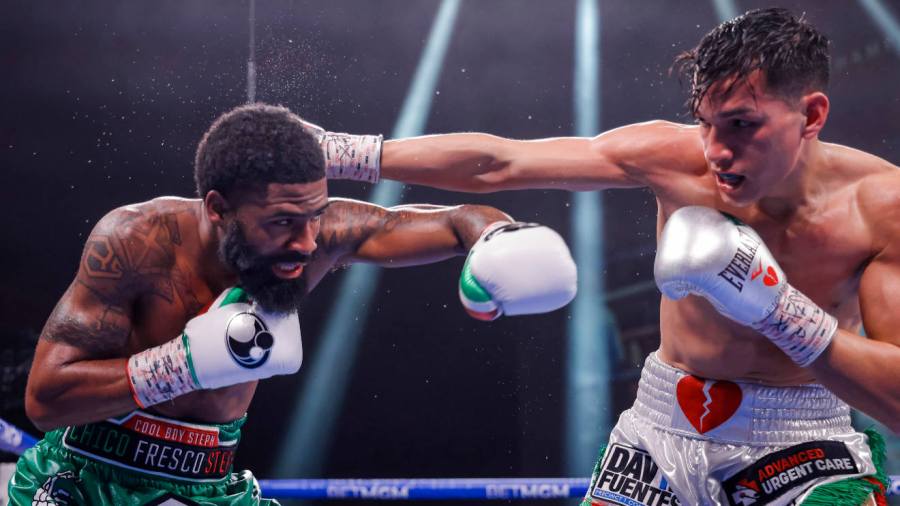 AT the Park Theater in Las Vegas on Saturday (November 27), Stephen Fulton beat Brandon Figueroa on a majority decision.

“I was catching him in between every shot he was throwing,” Fulton said. “He was making it sloppy and rough.”

With the victory he unified the WBO and WBC super-bantamweight belts. “I was landing a lot of clean shots,” said Fulton. “He was throwing wild shots that the fans were enjoying, but he was hitting my arms a lot.”

“It was an amazing experience,” he added. “The judges made their decision and we can run it back.”

“It was the robbery of the year,” Figueroa complained. “The fans who watched this live know who won. I always come to fight and I did that all night.”

“I hurt him like five or six times,” he insisted. “I put the pressure on for the whole 12 rounds, landed the cleaner shots and hurt him. I thought I only lost four rounds at the most.”