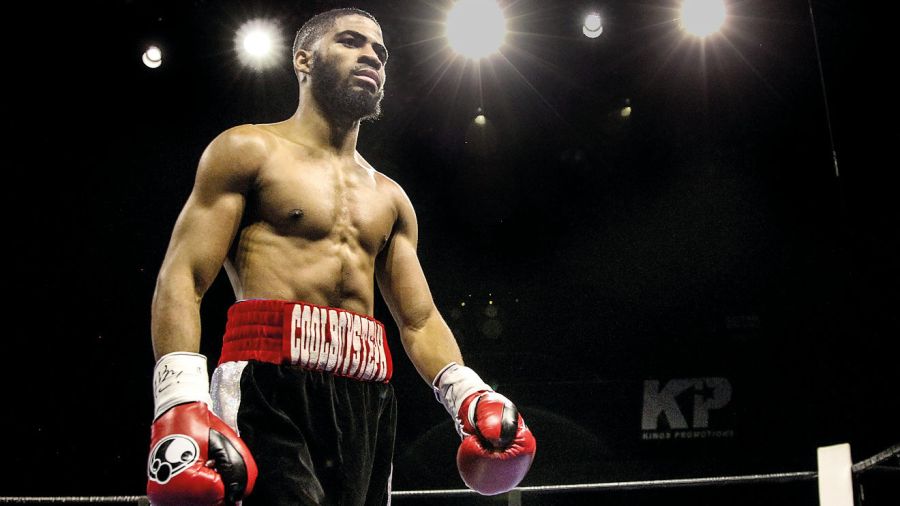 Nigel Collins sits down with Stephen Fulton, the mischievous and charming super-bantamweight who warns, 'You can’t sleep on him. He’s a pressure fighter who creates punching angles'

IMAGINATION is a magical thing, especially when you’re a kid and everything seems possible. Picture a small boy working up a sweat, moving his feet, swinging his pipe-stem arm and dreaming of becoming a boxer. It was young Stephen Fulton’s way of temporarily shutting out the rest of the world and channeling his anger into something he loved.

“When I shadowbox as kid, I did it with a great imagination. I’d imagine my opponent was there in front of me. That’s where my style comes from. It just me being ‘Cool Boy Steph,’ putting a lot of swag into my style,” said the No.4 super-bantamweight and WBO belt-holder, as we sat on a bench, side-by-side, inside a tiny changing room, the only place to escape the gym din on the other side of the door.

Fulton has a casual charisma, a 27-year-old man whose boyhood enthusiasm still dances in his eyes. Cool Boy Steph is his nom de guerre, but everybody who knows him calls him Scooter.

Imagination has a way of retreating in the face of everyday life, but not always and not for Fulton, a kid who had a hole in his back, a father behind bars and a mother with a substance abuse problem.

The hole was an arrowhead shaped birth defect, the consequence of lower back muscles that were not fully developed. The undiagnosed condition gradually healed on its own over time, thanks in large part to his older sister, Ilyana Moore, who dressed his wound on a regular basis. Fulton was raised in “The Bottom,” a notorious West Philly neighbourhood where success stories are few and life is cheap. In a Showtime promo video for Fulton’s title fight with Angelo Leo, Stephen points to a wall across the street from where he grew up.

“There’s a mural up there you can see. Everyone on there died. Got killed, all of them got killed. None of them died from natural causes.”

Fulton knows he might have been among those faces if it wasn’t for boxing, a cliché wrought true by a boy who found his calling when his father was released from prison. Before that he’d done most of his fighting in school.

“After my father came home we met up with a family friend [Hamza Muhammad] we had known for a long time,” Fulton said “My dad looked at me and said, ‘Do you want to box?’ I said ‘I don’t care’, but when I started I liked it.

“I was 75 pounds when I had my first amateur fight, which I lost. I blocked all of his punches, but didn’t let my hands go enough. In my fourth match I beat the guy I had lost to in my first fight.”

Following an amateur career of more than 80 bouts (he isn’t sure of the exact number), Fulton joined the now defunct World Series of Boxing in late 2013. “It was great,” Fulton said. “I wanted to do that because it would give me a little more leeway to see what the pros were like. I lost my first fight because I was out of shape, so came back and won two.”

After stopping Issac Badger in the second round of his pro debut, October 4, 2014, Fulton stayed busy, fighting mainly on undercards in casino ballrooms. As 2017 drew to a close he was undefeated in 12 bouts and would soon be on his way to Manchester to work with Carl Frampton, ahead of the Irishman’s match with Nonito Donaire.

“I believe somebody suggested me as a sparring partner because I could imitate Donaire’s style. I trained when Carl trained. Instead of going back to my room after sparring, I figured if he was training for a fight, I might as well too.

“I liked Manchester, the hotel, everything. They took me to an Anthony Joshua fight [against Joseph Parker] and to a football match. I also went out and enjoyed the nightlife before I left.”

Five fights later, Fulton won a unanimous decision over previously undefeated Leo to win the WBO strap, a significant accomplishment that took more than an a few pundits by surprise. With only eight wins inside the distance in 18 bouts, the general feeling was that Fulton would box from the outside against aggressive grinder Leo, but regulars at the 1 ON 1 Gym knew better. They’d watched Scooter sparring with his trainer, Wahid Rahim, preparing to beat “El Chinito” at his own game.

The Fulton-Leo fight, January 23 at the Mohegan Sun Casino in Uncasville, Connecticut, was fought at a rousing pace in front of Showtime’s cameras and a scattering of people inside the bubble. Both fighters seemed convinced they would prevail and fought accordingly, bombarding each other’s flanks with blows that landed like axe blades biting into a tree.

Midway into the 12-rounder Fulton pulled ahead and dominated down the stretch in an exuberant, freeform performance. According to CompuBox they combined to throw 1,933 punches, with Fulton landing 364 and Leo 262.

Fulton is scheduled to face super-bantamweight No.3, Brandon Figueroa, on November 27. In his most recent fight, the Texan known as “The Heartbreaker,” knocked out Luis Nery to retain the WBA title and annex the WBC belt.

Scooter’s mischievous side was evident when he joined Figueroa in the ring following Brandon’s victory over Nery, ostensibly to hype their upcoming showdown. In a parody of Jake Paul snatching Floyd Mayweather’s hat at a press conference, Fulton grabbed Figueroa’s cap, said, “I’ve got your hat,” laughed, and quickly replaced it before anyone had a chance to get upset.

Fulton is one of those people who can act cocky without being obnoxious. Instead of anger, he tends to evoke mirth. Even Figueroa seemed mildly amused.

Perhaps that was because Fulton predicted Figueroa would beat Nery, an opinion not shared by the odds makers and most of the betting public. “Everybody was underestimating him,” said Fulton. “The thing about Figueroa is that you can’t sleep on him. He’s a pressure fighter who creates punching angles.”

Nery was ahead on one scorecard and even on another when Figueroa dug a left to the solar plexus in the seventh round. There was the characteristic delayed reaction created by a ruinous body blow and then Nery doubled over and crumbled to the canvas, where referee Thomas Taylor counted him out.

Fulton didn’t seem quite as impressed by Figueroa’s evisceration of the Mexican southpaw as most observers. “He’s a little sloppy, but he’s good at what he does. I’m just focused on him, not any future fights.”

There’s an 11-month gap between the Leo and Figueroa fights, but Fulton is handling it well. He’s been there, done that, enduring a year of inactivity after testing positive for Covid-19 prior to the original July 2020 date for the Leo bout.

Fulton, who had numerous negative tests leading up to the fight, was devastated. Getting knocked out by a microorganism and perhaps losing the opportunity of a lifetime was almost too much to bear. “Most of the time I stayed out of the gym to keep my mind off it,” said Fulton.

When informed the Leo-Williams winner would have to fight him, Fulton shook off the funk and returned to the gym. He was determined to end Leo’s reign and claim the title he felt should have been his all along, which is exactly what happened.

Together with welterweight Jaron “Boots” Ennis, Fulton is at the forefront of a new generation of Philadelphia fighters. In recent years local boxers who won major titles have not been able to hang onto the belts for long. In May 2019 Julian “J Rock” Williams captured two super-welterweight straps with a unanimous 12-round decision over previously undefeated Jarrett Hurd. It was an impressive victory, which made Williams’ fifth-round stoppage loss to Jeison Rosario in his first defence even more surprising.

Southpaw Tevin Farmer, who outpointed Billy Dibbs for a vacant super-featherweight gong in March 2018, made four successful defences between October 20, 2018 and July 27, 2019, a breakneck pace by today’s standards, which could have contributed to his downfall. Farmer certainly looked jaded losing a unanimous decision to Joseph “Jo Jo” Diaz on January 30, 2020.

The Covid-19 pandemic interrupted thousands of boxing careers, but the various bubbles gave the sport a pulse—a faint one to be sure, but strong enough to keep the lights on. Fulton won in the bubble and is pleased all crowd restrictions have been lifted.

Meanwhile Fulton and his girlfriend, Tiffany Jubilee, have moved away from The Bottom, along with Stephen’s son, Abdul Muqtadir, which means the Powerful One. “He’s four and he loves boxing,” said his father. “When people come up to me and say ‘You’re the boxer,’ he says, ‘I’m a boxer too.’”

Scooter’s mother, Commaleana, has been clean and sober for many years now, and his father, Stephen Fulton Snr, remains a big part of his son’s life. That skinny little kid with a passion for shadow boxing is now just a memory but will always be part of the man, the part that kept him going when things were at their worst. It’s always been his best weapon.

Last July, Fulton opened CBS Crabs, a seafood restaurant in Chester, a hardscrabble city within the Philadelphia Metropolitan Area. His vision, however, reaches beyond the gritty urban landscape of Chester.

“What I want to do is open one in Miami and live there,” said Fulton, as he finished wrapping the hands he trusts will take him wherever he wants to go.