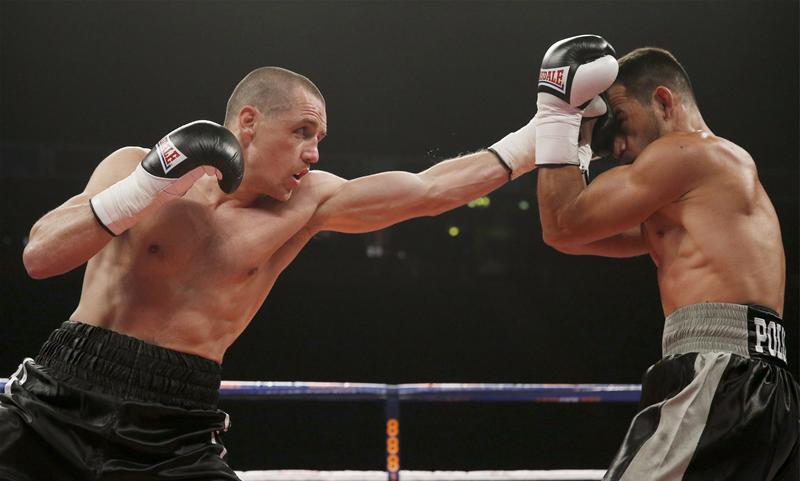 Former European champ at the Reebok

Northwest fight fans get the chance to see a former European champion in action on September 20 when Stephen Foster Jnr, appears at the Premier Suite in Bolton’s Reebok Stadium.

Hard-hitting Foster Jr became the super-featherweight champion of Europe in 2010 with a three round demolition of highly-rated Armenian Levan Kirakosyan.

Since then the Salford banger has racked up 32 wins, with 18 KOS, and is looking to get back in the domestic title mix with an exciting performance on the VIP Promotions’ show.

“I know I still have titles in me,” said the 33-year-old, “as long as I stay in the gym, which I always do.  Obviously boxers can’t go forever but my body is still there, and I feel really good.

“A boxer never stops learning; we’re always picking up new things and new tactics.  And that, as much as anything, is what keeps me motivated and stops me from getting stale.

“I’ve been having some really good spars with [IBF International lightweight champion] Tommy Coyle.  We’re learning from each other and I take my hat off to him for helping me out, and vice versa.”

The Lancashire man knows it’s a tough route back to the top, but believes he can still compete with the best.  Feted Scouser Stephen Smith currently heads the British super-featherweight pile and, with the added Manchester-Liverpool rivalry, a clash between the pair would be highly-anticipated.

“Anyone they want to throw me in with, I’ll be there.  As long as I’m in the gym, then I’m there one hundred per cent and I think I can hold my own against the likes of them [Stephen Smith].

“I’m really excited for this Bolton show and to be getting back in the ring again.  The last few fights haven’t been my weight, like the Crolla fight [Stephen was stopped in six rounds by Anthony Crolla in a November 2013 WBO Inter-Continental lightweight challenge] and it was also at a week’s notice.  But if it’s my weight then I’ll stay in there with anybody.”

Promoter Steve Wood stated: “Stephen’s had a good career, but there’s more to come from him.  It’s a real coup getting him on this Bolton show because he’s a very exciting fighter and always in entertaining fights.  He’ll do a six-rounder, but we’ll headline with him next time in an international fight and get him up the world rankings.

“We’ve put on some top shows at the Reebok over the last couple of years and this is another quality card.  I’m pleased to be helping to keep pro boxing going in the area.”

Tickets, priced at £30 (General) and £70 (Ringside table and meal) are available from all boxers or at vipbe.co.uk

This show will be streamed live and FREE on VIPBOXING.TV