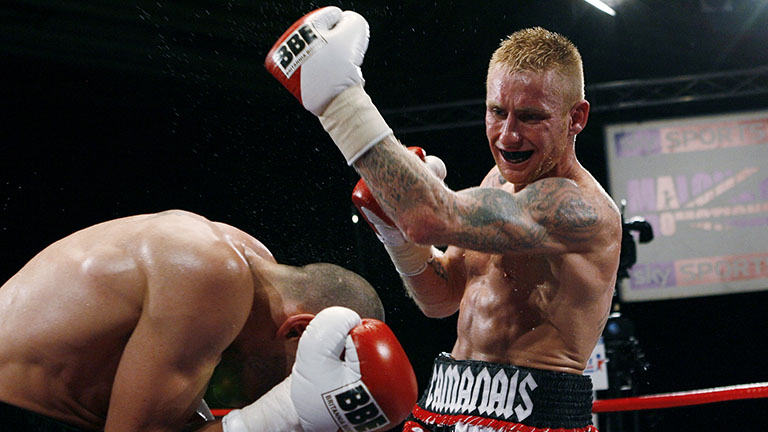 Promoter Stefy Bull explains why this weekend’s showdown between Paul Economides and Craig Cunningham, live on FreeSports in the UK, is a must for every boxing fan

STEFY BULL retired from boxing in 2010 with a record of 29-7-1 (7) and has gone on to become a trainer, manager and promoter. He admits boxing has given him more lows than highs and the 41-year-old has experienced the cruel depths that our sport can plummet to. But the extraordinarily hard worker remains dedicated to the trade, he’s fiercely loyal to the fighters he works with and, on Saturday night, he is delighted that his show at the Doncaster Dome – a venue he used to sell-out as a boxer – will be broadcast live on FreeSports, a free television platform.

You started out as a fighter and now you’re a trainer, manager and promoter. How did that happen?

It has been all about boxing pretty much my all my life. I turned professional when I was 17 and had my first pro fight just a few weeks after my 18th birthday. It has all felt like a natural progression and I wouldn’t say it has been hard, at least not in terms of the work.

The kind of person I am and the fighter I was, I was a ticket-seller and I understood that side of the sport very well. I’ve always done a lot of networking and if you can do that, if you can speak to the right people in the right way, it makes your life a lot easier.

There must be some financial stress involved?

It can ruin me emotionally. There’s the financial side, of course, and what some people don’t understand is that unless you’re an Anthony Joshua or a major champion you’re not going to get paid very well. Young fighters in small halls are relying on ticket sales to get paid these days and as a promoter and a manager you carry that burden with them. And it’s not just the fighter, the manager and the trainer to pay, now it’s fashionable to have a dietician and a nutritionist and all that. There’s an eight-week camp that needs to be funded and a boxer, at a very good level, might get £10,000 and only go home with half of it once they’ve paid all their expenses.

On top of all that I’m running my own gym and some days I’ll get there at 6am and I don’t get home until 9pm and of course, it can be draining, it can run you down.

You promoted the bill that resulted in Scott Westgarth losing his life. How hard was that?

After Scott died on one of my shows this whole business really hits home. I questioned myself repeatedly. ‘Why am I doing this?’ There’s all these fighters wanting to get paid, needing to sell tickets to get paid, and you realise these are fighters who are literally putting their lives on the line, sometimes for very little money. In that regard it’s a brutal, brutal business and when you see young boxers on social media promoting themselves, trying to get fights, they’re often doing it because they have to, because they are trying to earn a living.

I’ve got some fighters who can really fight but they can’t sell a ticket. It can make you very sad when you realise this but I’m not doing all this for myself, I’m doing everything I can for the lads. I remember what it’s like to be a fighter, and I remember why I do this. I do this to see the faces of guys like Josh Wale, who’s turned his career around and is on the brink of owning the Lonsdale Belt outright and getting a European title shot, and guys like Gavin McDonnell, who didn’t have a single amateur fight and now he’s at world level.

How important is it for you that Saturday’s Doncaster bill will be broadcast live on FreeSports and how did the relationship with the broadcaster come about?

I was introduced to FreeSport via Dennis Hobson, who I’ve done a lot of work with over the years and hope to do so in the future. It’s a brilliant platform and it’s free so everyone can watch.

The main event should have been John Wayne Hibbert versus Curtis Woodhouse, but John got injured three weeks ago. Craig Cunningham was going to be on the undercard so we moved him up and Paul Economides accepted the fight. It’s for the Central Area super-bantamweight title, and it’s a cracking trade fight, the kind of fight that would have been on Friday Fight Night on Sky Sports a few years ago. Eddie Hearn has come in and revolutionised the business, but these are the kind of fights the sport needs. It means the world to the lads, it’s going to entertain, and it’s brilliant that it will be shown live on television.

Is it a concern you’ll be going up against the Matchroom show on Sky Sports on the same night?

It is what it is. Not everyone has got Sky Sports, not everyone can afford it let’s not forget. But we’re on Freeview so everyone in the country can watch it. It’s free boxing, so there’s no excuse for anyone not to watch. But I say that and there’s another clash for me because one of my fighters will be on the Newcastle bill, Gavin McDonnell, who’s fighting Stuey Hall. I obviously can’t be in two places at the same time so I’ll be ringside in Doncaster with the app on my phone keeping up with how Gavin is getting on.