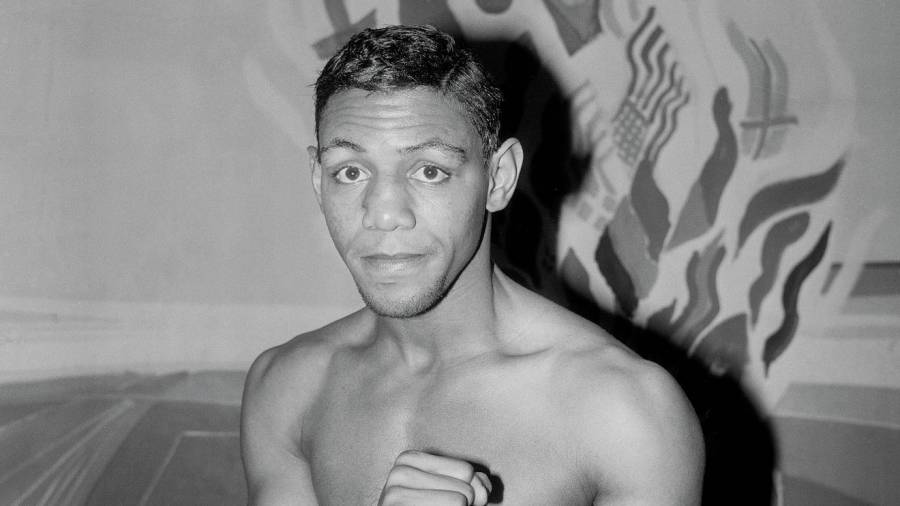 EVERYBODY loved Stanley ‘Kitten’ Hayward, as much for his personality as his fighting prowess. When he died on August 10 at age 82, the Philadelphia boxing community mourned not only the loss of an outstanding boxer and link to the past, but also the passing of a remarkable man who brought a smile to the face of virtually everyone he met.

Hayward was a free spirit, a charmer who embraced life and wasn’t afraid to grab it with both hands and see where it took him. Boxing was part of that but far from the whole. Women and horse racing were his passions, and partying his pastime. Much of the time training wasn’t even a consideration. “I run all night and sleep all day,” was how he put it.

Kitten had a warm glow of humanity running through him and a roguish affability. He had a knack of making people feel comfortable around him. He joked with the men, flirted with the women, and seemingly never ran out of something to say.

Hayward, who turned pro on September 24, 1959, reached his fighting peak between September 1963 and December 1965, that’s when he beat he intimidating sextet of Percy Manning, Dick Turner, Curtis Cokes, Vince Shomo, Tito Marshall and Bennie Briscoe. All, except Shomo, were in or close to their primes.

“The type of fighter I was, I took punches to make a fight. I was a fighter’s fighter,” Hayward told Tris Dixon, author of The Road To Nowhere. “You couldn’t come to a fight of mine and sit down because there was always going to be action. That’s how Philly fighters work.”

So how did this out-of-shape playboy, susceptible to eye cuts, manage to achieve so much in the ring? Natural ability played a role and so did the skills learned sparring with Philly’s finest. He was a slick aggressive fighter with a dancer’s sense of balance. His punches hurt and he was a good finisher, but the foundation of his success was his heart. Kitten was willing to bleed for victory, take risks and get off the floor.

“I not only learned to fight,” Hayward said. “I learned to entertain.”

His nationally televised fight with future world welterweight champion Cokes at the Blue Horizon, May 1, 1964 is a cult classic. Hayward was knocked down and hurt in the second round, but rallied to stop Cokes in the fourth. It is considered by some to be the best fight ever held at the fabled venue.

A Pyrrhic victory over Briscoe in December ’65 pushed Hayward near the top of the welterweight ratings, where he sputtered to a halt and lay idle for the next 10 months like a battleship in dry-dock. He wanted Cokes again, who was by then the WBA welterweight belt-holder, but got Gypsy Joe Harris instead. “Who does [manager George Katz] have me fight without a tune-up? Only the hottest kid in the division,” Hayward told writer Dan Haney in 2012. “Man, [Harris] was beating on me until I managed to drop him. But he gets up and starts whupping on me some more. The fight was stopped on cuts, and I was just as upset with George for sticking me in there unprepared. We parted ways shortly after that.”

Hayward remained an attraction, fighting Emile Griffith twice, winning the first in October 1968 and losing the second in May 1969. In between those two bouts, Hayward lost a 15-round decision to Freddie Little for the vacant WBC and WBA super welterweight tiles. The money was decent but nothing special. Still, the $50,000 purse Kitten got for the second Griffith fight was the most he ever made.

When he returned home in 1971 sporting a French accent, nobody seemed to know if it was real, a prank, or maybe just an affectation. However, there was no doubt about the first-round knockout Kitten suffered at the hands of Eugene “Cyclone” Hart in his first Philadelphia appearance since October 1968. In any event, the left hooks Hart landed seemed to knock out the accent as well as Kitten.

Hayward had four wins and three losses in his final seven bouts. His last, on March 27, 1977, was a sad affair held at a Firehouse Hall in Bristol, Pennsylvania, where Larry “Tumbler” Davis stopped him in the fourth round. It was hard to watch.

Kitten’s saving grace was that he never changed, and emerged from a 48-fight career (32-12-4 with 18 inside the distance) the same elegantly dressed bon vivant he’d always been. He became a tipstaff with the Philadelphia Court System, where he worked for more than 30 years, an achievement of which he was proud.

Kitten has often been described as being larger than life, but maybe that’s selling him short. In a way, he seemed to embody all that life has to offer, a universal man who just so happened to box.