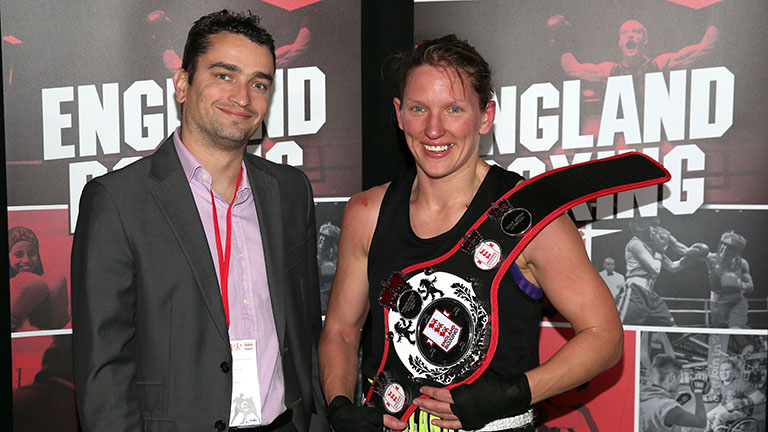 WHAT was the experience of boxing in Zimbabwe like?

It was amazing, it felt like more than a boxing experience really because we went and visited schools, we did a pads demonstration at the schools and we visited an orphanage and donated some stuff, so that was different as we wouldn’t ordinarily do that. It was really great being part of a team as there were four boxers from the UK that went with our coaches so that was great. In terms of the fight itself [against Mapule Ngubane] the main difference was the 10 rounds which I hadn’t done before and it was a hostile crowd, where I’m used to being the home fighter of course. Both with the fight it’s the same wherever you do it, boxing is boxing I guess. But it was an absolutely brilliant experience and well worth doing and we was all out of our comfort zone and it was a challenge, but obviously winning the belt was just amazing.

How did you assess your performance?

I was really pleased with it. We’ve struggled with the last two opponents to get anybody durable to be honest and it was over too quickly. That doesn’t develop me and people don’t really get their money’s worth when you’re finishing them off within a round. So this one was a genuine tough fight that tested me in so many different ways, but I enjoyed the fight and being involved with it and people enjoyed watching it because there was a bit of everything. Tactically she was a bit too big and heavy handed for me to mix it with every time, and usually I’m a pressure fighter, so I had to mix it now and then to show the judges I could obviously, but the main tactic was counter-punching, keep moving and boxing off the back foot. It was good because the fight had a bit of everything, I put her down in the fifth and people really enjoyed it.

Did your previous amateur experience help in travelling away for the fight?

I think that really did help because as an amateur I boxed abroad, I boxed in places where I didn’t know anyone and it was nice to be part of a team again which I always enjoyed whether it was for England or GB. I definitely think with logistical things like understanding that you hold a lot more weight and water retention when you’ve flown, and the travel how that impacts you. So knowing how to deal with all of that and account for it all really helped me having gone through that as an amateur so those kind of things put me in good stead.

How does it feel to be the first boxer to win the women’s Commonwealth title?

The best feeling was when they announced it as you never know what’s going to happen when you’re away from home, and even though I definitely thought I had won the fight you just never know. It is a privilege to even be in the position to challenge for a Commonwealth title but to be the first women to have won it especially away like that and having everybody else behind you is just a massive privilege, but there is a pressure that comes with the privilege and I definitely felt it that week, so the relief when we got the result was immense and that’s obviously why I was quite emotional as I wanted it more than anything. In terms of the aftermath the fact there wasn’t actually a belt tainted it a little for me as that’s the bit you dream about when you’re a kid, and I felt like me and my coach were robbed of that moment really when you stand straight after your fight with the belt celebrating. So I was a bit gutted about that and that meant I didn’t enjoy it as much as I would be like to because it just reminded me there is more work to be done. But it’s still a fantastic feeling.

What is next for you now?

We’re going to have a look at the different options and think what is best next. I really am driven and keen to fight for a British title, because it’s not so much for having the belt, I really wanted the Commonwealth belt as it was my first one and that’s a big part of any boxer’s career, but with the British title it’s not so much about winning the belt I feel like it could be a significant next step for the women’s game, domestic rivalries. It’s not something we have done yet. We have that in the men’s and from a boxing fans point of view it’s great- we love seeing people getting together and putting everything on the line, and we haven’t seen that in the women’s game. That’s what I’d like to bring to it, some domestic rivalries, so it would be more for that than anything.

Women’s boxing seems to be in a great position at the minute, you must be eager to put your name in the mix?

Yeah I think it’s a great time to be involved, it’s an exciting time and I really, really hope we’re at the start of a sustainable period of time in the sport now. Rather than just a flash in the pan.

I really hope now we’re seeing the start of something long lasting as we do have something to offer the sport, and the youngsters you see coming through, the England junior level are excellent there are some real talents coming through, both boys and girls. So I think it’s a great future for the sport and those of us that are at this stage now need to get it as right as we possibly can and it will offer up loads of other opportunities for other girls in the future.