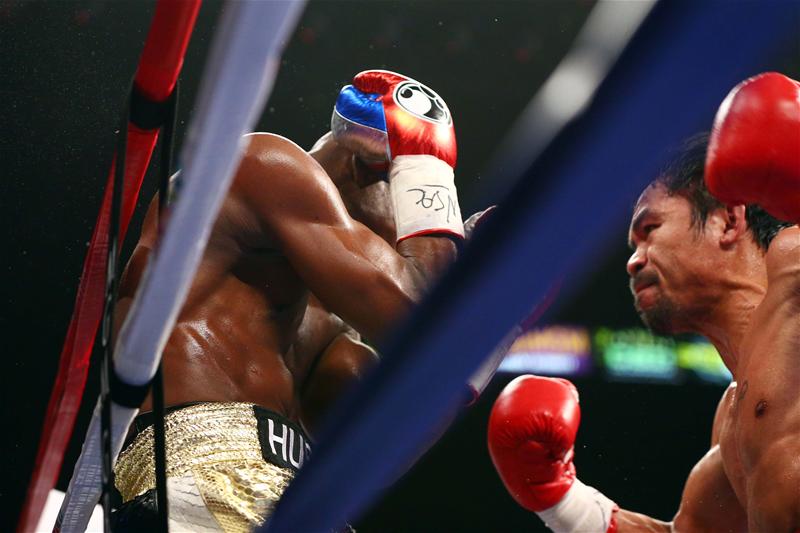 Extensive behind-the-scenes coverage of the Fight of the Century

WHATEVER one’s opinion on the fight itself – or the controversial aftermath – it cannot be denied that the build-up to Floyd Mayweather vs Manny Pacquiao was an exhilarating experience.

Boxing News were there throughout Fight Week, and we kept a diary of what was happening day-to-day behind the scenes; from Mayweather’s curiously subdued behaviour and Pacquiao’s manic excitement, to mysterious sightings of Elvis Presley in the Media Centre and Bernard Hopkins explaining his problem with pool.

The journey culminates with round-by-round coverage of the main event – revealing how we scored the contest – and the breaking news about Pacquiao’s shoulder, and Mayweather’s response to his rival.

Click here to begin the journey behind the Fight of the Century.