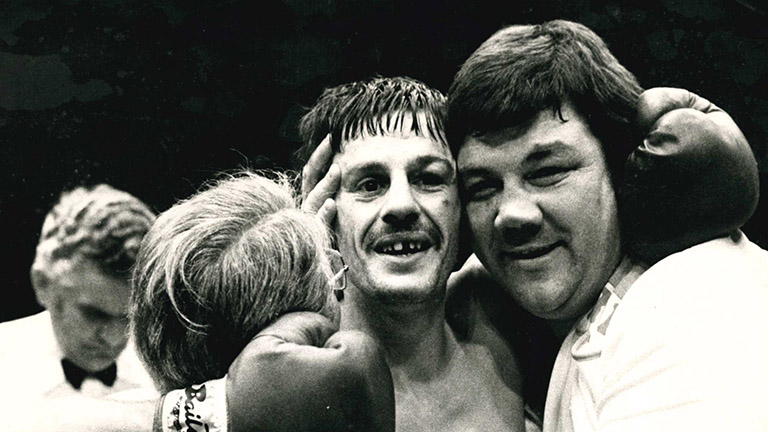 EVEN the best referees will have their brushes with controversy during a long career. It’s inevitable given the subjective nature of scoring and the extreme partisanship shown by some fans. Turn back the clock 40 years to this week in 1979 and one of Britain’s finest third men was at the centre of a contentious decision that gave rise to some of the ugliest scenes ever witnessed in British boxing.

Sid Nathan was the man in charge of a British featherweight title clash between reigning champion Dave Needham of Nottingham and his Warley challenger Pat Cowdell. Both boxers were first-class: Needham a slick southpaw and Cowdell a superb box-fighter and clinically precise shot-picker. This eagerly awaited Midlands derby took place in Pat’s neck of the woods at Wolverhampton Civil Hall.

Both had been brilliant amateurs. Needham, twice an ABA champion, had won gold at the 1970 Commonwealth Games. Cowdell, meanwhile, amassed four ABA titles, won Commonwealth gold and European bronze in 1974 and bronze at the ’76 Olympics. Needham (29-5-1), a former British bantamweight titlist, had been a pro for eight years and was making the first defence of the featherweight crown he’d won the previous April. Cowdell, 10-1 going into the fight and a pro for just two years, was making his first title challenge in the paid ranks.

The challenger took advantage of a slow start from Needham, peppering him with jabs and classy combinations to take the early rounds. Dave got into the fight from the seventh, but as Bob Mee noted in his report for Boxing News, come the 15th round the heavily pro-Cowdell crowd were singing and chanting as their man seemed to be “moments from the title”.

When referee Nathan raised Needham’s arm the singing stopped and the chaos started. A cascade of programmes and coins were hurled into the ring. Needham’s manager Mickey Duff climbed through the ropes and tried to reason with the crowd, but his words were drowned out by the noise. Trying to get to safety, Sid moved to ringside with the other officials but things only got worse. “Some of the lunatic fringe attacked me from behind,” he recalled, “punching at my head, wrenching at my collar as if they would strangle me, and generally trying to beat me up.”

Sid was forced to stand there for several minutes to await a police escort. “Even with the boys in blue around,” he said, “people tried to trip me as I walked from ringside. ‘Does this happen every time?’ asked a curious policeman. If it had, I don’t think I would have been a referee for 31 years!”

Much of the media, including BN, felt Pat deserved the decision. The BBBofC launched an inquiry and asked Sid to explain how he reached his 147-146 verdict for the Nottingham man. He explained that after the sixth round he had gone to Cowdell’s corner to warn him for repeated holding: “If he took any notice, he did not show it. So I deducted the next four rounds from him. That meant he had given himself a considerable handicap and he could not overcome it.”

A rematch was held at the Albert Hall seven weeks later and this time the decision prompted no arguments. Cowdell was crowned champion after 15 rounds. Needham got another crack at the title in May 1980 but Cowdell stopped him in 12. Dave never fought again but Pat continued for another eight years. He won European honours at feather and super-featherweight and took Salvador Sanchez to a split decision in a challenge for the WBC 9st belt. The Warley man would go down as one of the best British boxers never to win a world title.