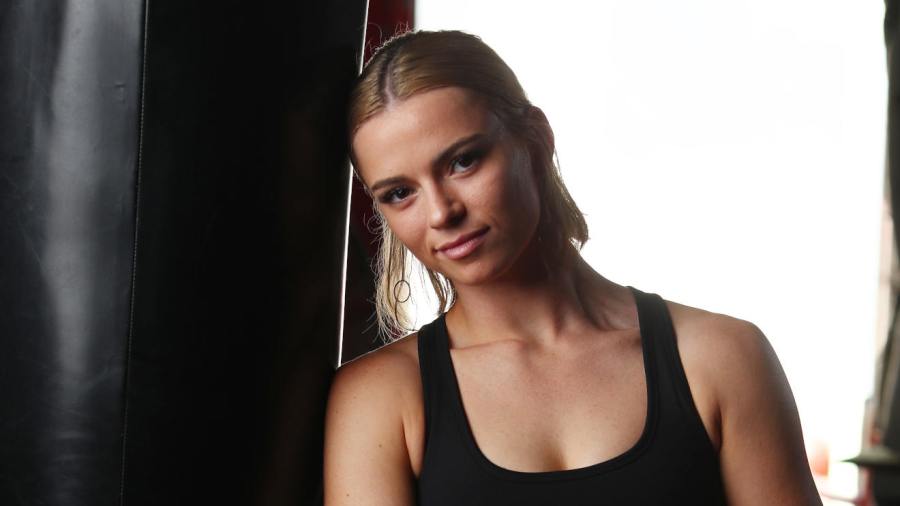 THE anger at pushing the women’s World championships months back into 2022, at short notice, is understandable. The announcement was made only four weeks in advance, not long when flights have been booked, plans made, training camps set and more for international teams across the world.

“It’s very frustrating,” Australia’s Skye Nicolson told Boxing News. “I qualified for the Olympics in March 2020, I didn’t box until I was at the Olympics in Tokyo 18 months later, while the rest of the world had still been competing in boxing.

“So when the Worlds was confirmed I was so excited because I need to get back to normal, I need to be boxing regularly. I just want to be active. I didn’t even really have that much of a break after the Olympics.

“For them to be cancelled four weeks out is very frustrating. We had just flown to the other side of the world to finish our preparations and literally within two days of being here [in Sheffield], we read that they were cancelled or postponed.”

“It was very frustrating that the men’s Worlds went ahead, they were fine, the women’s Worlds have been postponed because of Covid,” she noted. “If you’re a male boxer apparently Covid’s not a problem but it is if you’re a female. It is frustrating but I just want to make the most of being over here. Get in as much work as I can, get international sparring in. I’m not going to dwell on it.”

Nicolson originally was going to focus solely on the amateur sport. But now she is looking at balancing pursuing the Olympic sport with the early stages of a professional career. “The Olympic gold medal has been my dream forever,” said Nicolson, who lost to Kariss Artingstall in the quarter-finals of the Games in Japan. “I felt like post-Tokyo, I know it sounds cheesy but I didn’t come this far to only go this far. I feel like I would regret it forever if I went straight over to the pro scene leaving amateurs and never truly know if I could have won that Olympic gold medal. Especially with it being a shorter cycle, 2021 to 2024.

“I had a conversation with our national coach and they were very supportive of the idea of just boxing in benchmark events. So Olympic Games, Commonwealth Games and World championships, making money and building my pro career rather than pushing that out for another three years.

“I don’t see me not wanting to go to the Paris Olympics. I think that’s a given.”

She’s signed with STN Sports, the management agency, and as for a promoter she’s weighing her options. “There’s been some interest over here in the UK but there’s also really good offers coming from Australia as well,” she said. “To be able to do both is pretty exciting.”

For the Australian Olympic team the rule change helps them retain some of their best athletes. “Professional tennis players, professional basketball players, professional golfers, they’re all in the Olympics. They’re all on the pro scene away from the Olympics, why is it any different?” Nicolson asks. “[Boxing Australia] are still going to support me because they know I’m their best medal chance but they know they can’t keep me and not let me go pro because they’re not giving me money.”

“The Australian amateur boxers get s**t all,” she adds. “Our best prospects turn over to the pros because there’s just no support in the amateur system and then we don’t get the medals so we don’t get the funding and the cycle keeps going and going.”

Skye has a unique motivation for her boxing career. She is following in the footsteps of a brother, Jamie, who died the year before she was born. “It’s always been an inspiration and motivation for me, especially when I started boxing. Being told that I boxed just like him,” she explains.

“It’s crazy to think what he did by the time he was 22. Because I’m 26 now,” she continued. “He went to the men’s World championships at 17 years old, winning Australia’s first medal, Commonwealth Games bronze medal… To go to the Olympics as well, all before 22, at the same time graduated from uni and was working as a school teacher, it’s just like how did you do that?

“Boxing kind of gave us this brother-sister relationship even though we never met. I definitely feel comfort knowing I walked the same path he already walked. I definitely feel like he’s with me on this journey and he left this legacy and I’m following it and making my own as well. It’s pretty cool.”