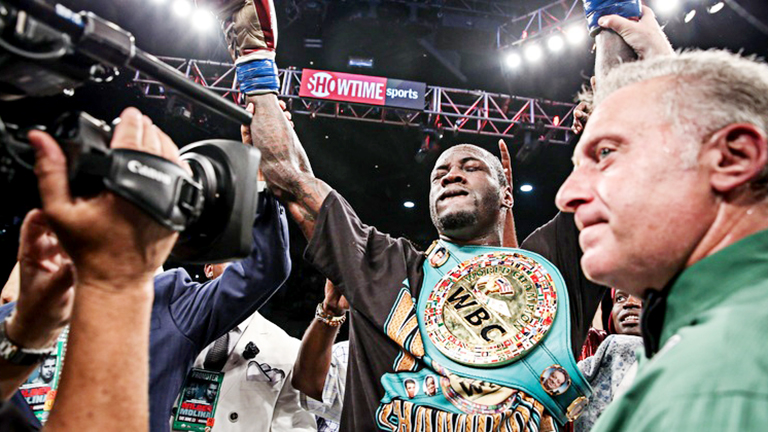 The newly vacant IBF heavyweight title, rapidly stripped from the waist of Tyson Fury, will be contested on the same bill. Vyacheslav Glazkov boxes Charles Martin for the strap.

The show is part of the evolution of an increasingly intriguing heavyweight division. Alexander Povetkin is still on the sidelines, waiting for his shot at Wilder. The winner of Glazkov-Martin instantly becomes an appealing opponent for Tyson Fury, providing the latter gets through his rematch with Wladimir Klitschko, but many permutations could play out. All will be of interest to the rising heavyweights, like Cuba’s Luis Ortiz, England’s Anthony Joshua or New Zealand’s Joseph Parker.