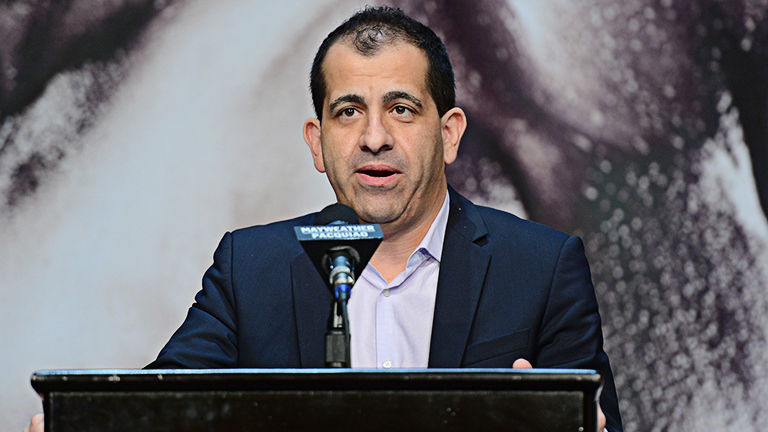 STEPHEN ESPINOZA, the president of Showtime Sports, has taken issue with Oscar De La Hoya and Eddie Hearn’s condemnations of pay-per-view in America. Hearn and De La Hoya both stage shows with DAZN, the streaming service with a subscription model of small monthly payments.

Espinoza pointed out, “Look, on the concept of PPV we’ve consistently said that it’s a useful tool when it’s necessary, when you have a premium event. If you’ve got a filet mignon event, you’re going to have filet mignon prices. You don’t get filet mignon at the price of ground beef.

“I didn’t hear too many people saying that Wilder versus Fury was not a premium event, a special event, a Heavyweight Title fight, an International Worldwide Title fight that deserved to be PPV.

“Likewise, on January 19 [Manny Pacquiao vs Adrien Broner] you have two of the biggest stars in the sport. Manny has a long history on PPV and the way this event was able to happen was through that tool. So these two events, plus Mayweather and McGregor, are the only PPVs we’ve done in the last three years.

“I think a lot of the blowback and the negativity around PPV comes when networks are trying to sell people PPVs that don’t belong there.”

He added, “So, I understand what Eddie Hearn and Oscar De La Hoya are saying. It’s a great marketing ploy and that’s really all it is is just a catchphrase because both of those guys rely on PPV and have relied on it as an integral part of their business in the past.

“Eddie on one hand will say that they’re are terrible thing and they’re dead, but if we look at his UK business it’s basically all built on PPV.

“Oscar himself while he’s saying that boxing PPVs are dead is simultaneously selling an MMA PPV. So, the reality is, it’s a useful tool.  It rewards the fighters for taking tough fights and it allows some fights to happen that wouldn’t otherwise happen without that tool. But it should be used sparingly.”