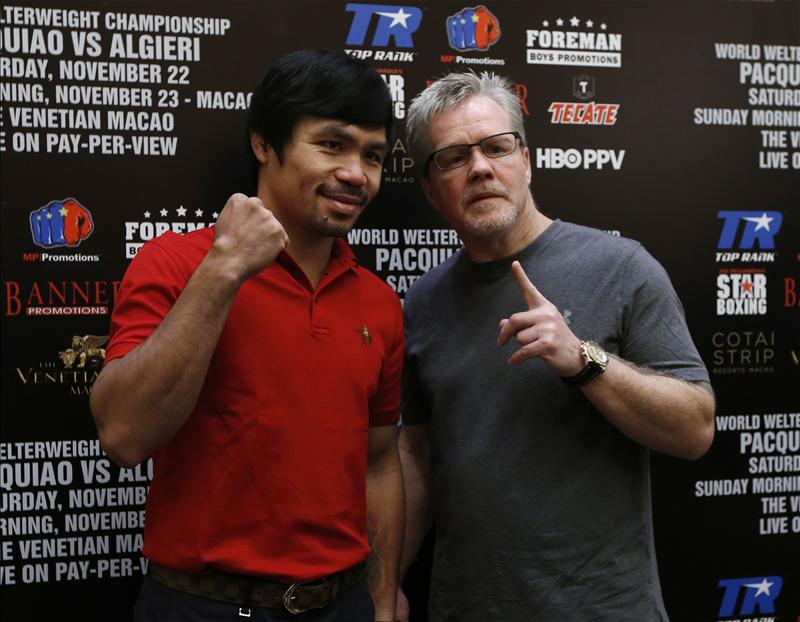 In his latest column, Steve Kim considers what next for Manny Pacquiao

HE may not be the two-fisted whirlwind he was during his physical prime, but even at the ripe old age of 37 Manny Pacquiao showed that he is still among the sports elite by clearing besting Timothy Bradley over 12 rounds. All three judges saw it at 116-110 as Pacquiao not only won the large majority of rounds but also scored two knockdowns of ‘the Desert Storm’.

The victory raised his professional ledger to 58-6-2 and long ago he secured his Hall-of-Fame status.

But the question is: was this the last time we saw ‘the Pac Man’ in a prizefight?

Coming into this promotion – which quite frankly was a bit tepid by past standards – Pacquiao had made proclimations that this would be indeed his last outing. But even the likes of Bob Arum, a promoter who’s been known to lean on any crutch possible to push pay-per-view sales, was reluctant to use this storyline coming into this fight. Bottom line is that after fifty years in this racket he knows more than anyone that boxers have a certain proclivity in changing their minds about their career paths.

It speaks volumes that even at this stage of his career that Pacquiao can easily tame Bradley, who has established himself as one of the most accomplished fighters of the past generation having won five world titles during his runs at 140 and 147 pounds. In fact, as you peruse his record, if you take the name ‘Manny Pacquiao’ out, he’s undefeated. And Bradley remarked at the post-fight press conference that this version of Pacquiao, the third time around coming off left shoulder surgery, was the best he’s faced.

But it’s also a Pacquiao that is no longer capable – or perhaps, willing – to overwhelm and finish his foes. It’s been eleven fights since he has scored a stoppage victory. It’s clear that he has lost a step but perhaps it’s a step that most mere mortals never had.

Pacquiao stated at the post-fight press conference that he was ’50-50′ on his return and that it was really his family that was pushing for him to leave the sport. If that should happen he would then become a full-time politican. (Talk about leaving one dirty business for another, huh?). As you canvassed the opinion of the Top Rank brass after the fight, the question of whether the Filipino icon would fight again was treated as a rhetorical one.

Of course he is.

The reality is that Pacquiao still has something in the gas tank. Then there is this factor: he might need the money (but then again, don’t we all?). There are the constant rumors that the free-spending Pacquiao is under economic distress and has tax issues. Beyond that though, his contract with Top Rank guarantees him an exorbitant amount of money. He was guaranteed $20 million to face Bradley for a third time this weekend.

Not many individuals are willing to leave that type of money on the table.

While it’s uncommon, there have been marquee boxers who have walked away from the game sooner rather than later. There was Rocky Marciano who retired undefeated and never returned. Then you had the embittered Marvin Hagler who disappeared from the sport for good after his controversial loss to Ray Leonard in 1987. More recently you could point to the likes of Lennox Lewis and Kostya Tszyu, who called it quits, perhaps realizing that their times were up. There were no comebacks or second acts for these men. They left the game with the same pride and dignity in which they participated in it.

But unfortunately, it’s Muhammad Ali fighting in the Bahamas against Trevor Berbick as a mere shell of himself, or the aforementioned Leonard whose comebacks were so frequent and predictable they became a national punchline, that are the norm. The sport is littered with careers that simply finished long after the recommended expiration dates and ill-advised returns.

This latest victory by Pacquiao over Bradley in many ways is a storybook ending to what has been a magnificent career.

Unfortunately, boxing doesn’t have a lot of storybook endings.