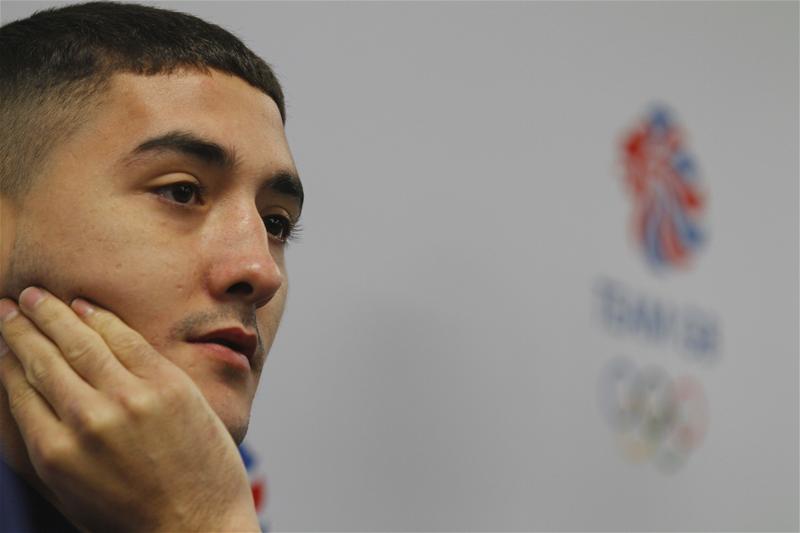 AT the beginning of the Commonwealth Games if you had asked me to bet my life savings on one man to win the boxing tournament, I’d have bet it all on Andrew Selby. He was probably the hottest favourite, out of the men, to win gold. But it’s lucky I have no money as the world number one at 52kgs suffered a shock defeat on the first day of the competition.

Scotland’s Reece McFadden took the glory of a unanimous points win over Selby but referee Yasar Cinar’s interventions in the last round stirred controversy. The first round was close, Selby won the second and then in the third the Welshman’s mouthguard kept tumbling out, even as he tried to cram it back in. It didn’t look deliberate to me but the referee twice handed him points deductions and Selby crashed out of the tournament 29-26 on all three cards.

“When the gumshield kept coming out, it all went out the window. I just lost it really,” said a stunned Selby. “It came out twice, I caught it the third time but he still took points off me. He took them off again because it came out again. I didn’t think that was going to happen.

“I had [the gumshield] specially made off a doctor in Sheffield. I’ve worn it in every tournament I’ve been to in the last three years. It’s never come out. It hasn’t even come out in sparring. I don’t know what it was.”

McFadden was adamant it was the right refereeing call. “Of course, how many times did he spit his gumshield out? Or did it just fall out?” the fiery Scot McFadden declared.

“That is the hardest boy I’ve ever fought in my life… I said he’s got two hands, two legs the same as me. I’ve trained so hard and I want this fight so badly. This gold medal is mine. I’ve just proved it. He was the favourite to win and I beat him. I’ll beat whoever, the English boy, I’ll beat Charlie Edwards next, not a problem as well and hopefully he keeps his gumshield in his mouth.”

On Saturday (July 26) don’t miss the lightweight clash between Wales’ Joe Cordina and English teenager Pat McCormack. Both are brilliant talents and this is a high calibre contest. It’s the first bout of the day, so 1pm sharp.

Liverpool light-welter Sam Maxwell makes his Commonwealth bow, at approximately 3.15pm. Leading Scot, Josh Taylor, also 64kgs, boxes in the evening session, expect to see him at around 7pm. Another Liverpudlian to watch is Antony Fowler, he should be in action at around 9.15pm. A lot is expected of the World bronze medallist. But if Andrew Selby can lose, anyone can…

For the full results from day one click here and don’t miss this week’s issue of Boxing News for more features and interviews on the Commonwealth Games.