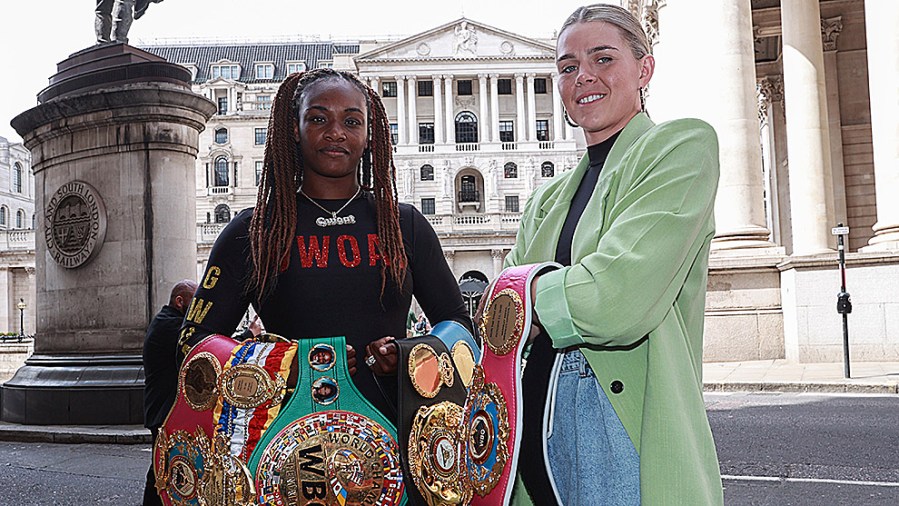 As Sky Sports prepare to televise their first ever all-female boxing card at London's O2 Arena, promoter Ben Shalom tells Roy Kelly, "We're having conversations about it now - It's out of our hands really."

BOXING’S historic all-female card at London’s O2 on Saturday could be in the balance amid concerns over the Queen’s health.

Should the worst occur in the coming days, the country will face a period of national mourning, which would put sporting events like the Claressa Shields-Savannah Marshall world middleweight championship showdown in jeopardy.

Reports have said that the Queen is “under medical supervision” at Balmoral, her home in Scotland where her family are now gathering around her.

Promoter of Saturday’s event, Ben Shalom, says it is very much up in the air.

“This is an unprecedented situation,” BOXXER’s CEO told Boxing News. “In this country the Queen is a very important and much-loved figure. I’m sure it’s going to have ramifications on policing and events all around the country.

“We’re having conversations about it now – it’s out of our hands really. There are bigger things in life than sport, boxing or business and this is one of them. All the fighters are ready, they are the ones who would be most hurt by this.

“They have trained so hard for this and they are ready to go. Fingers crossed that it happens and we get a fight.”

Marshall and Shields are scheduled to clash in London on Saturday, super-featherweights Mikaela Mayer and Alycia Baumgardner clash on the undercard and there’s appearances by Olympians Lauren Price, Karriss Artingstall and Caroline Dubois.