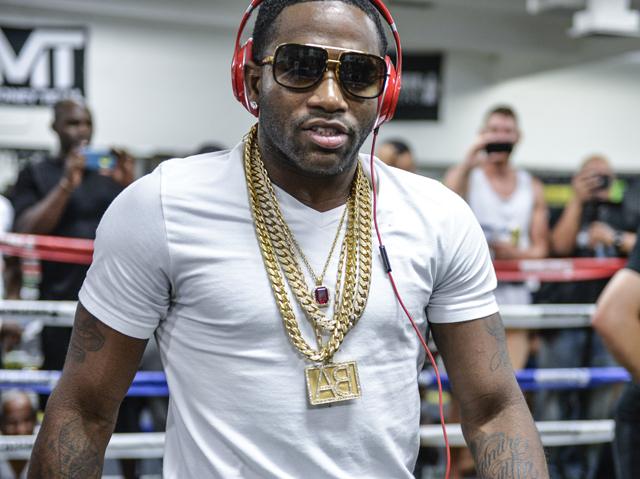 But Porter insists Broner won't get any advantage from it

SHAWN PORTER condemned Adrien Broner and his stipulation for an 144lbs catchweight when the two Ohio men fight in Las Vegas on Saturday (June 20).

“We were called and told that we were asked to be 144 pounds by Adrien Broner. That was not our decision. As soon as it was announced to me from my dad, I told him, ‘Whatever we need to do to make the fight,'” Porter said. “I guess there’s a little kid from Cincinnati who’s afraid of fighting at 147, even though that’s a weight that he’s even fought for a championship at. That’s neither here nor there. The weigh-in is Friday. We’ll be there. We’ll be on weight, and we’ll be excited to get on that scale and look him in the eyes at that weight and let him know that we’re feeling good. Whatever advantage he thought could come from that, he’s not getting any.

“The good thing about it is I’m blessed that I have a great body, and somehow we can get my body to do what it needs to do. At the end of the day, all I can do is give it up to God. It’s been great along the way and I fought as high as 165 in the amateurs and even 154 upon turning pro, and now 147 for the last about four or five years. It’s been great, and going down a few more pounds won’t be a problem,” Porter insisted. “We’ve known for weeks now that the contracted weight is supposed to be 144. Here we are doing everything that we need to do as professionals to be on weight, be on point, be 100 percent, and the kid who chose to make the contract, the weight 144, wishes not to talk about the contracted weight, wishes not to talk about any rehydration clause, wants to avoid any conversation involving weight limits or anything like that.

“The more and more we talk about it, the more and more the animosity starts to set in because I’m a professional doing what I do. I’ve done it at this high level for so long, and my weight class is 147 for so long. You want to move up into my weight, then move up. Don’t be scared. Don’t be worried. Don’t be afraid. Put your skill on the line along with your record. Put everything on the line. Put it all on the line at 147. Don’t put it at 144 and then not want to talk about it.

“I’m not going to worry about it.  We still maintain our professionalism and come into this fight and this weigh-in the way we’re supposed to.  No personal animosity towards Adrien Broner.  I know him, but I know him from a distance.”