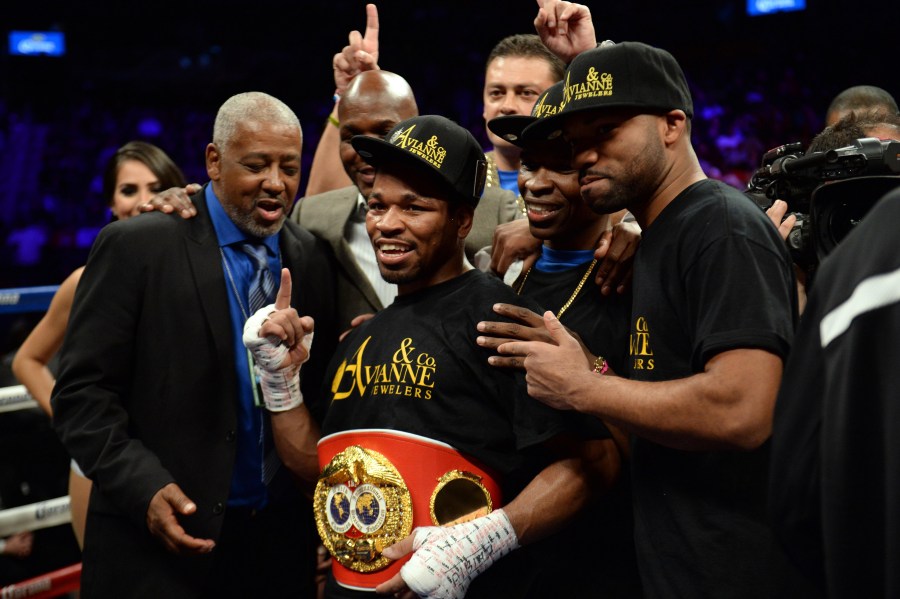 Shawn Porter tells Declan Warrington about the debt he owes his trainer and father, Kenny Porter

AHEAD of his IBF welterweight title defence against Kell Brook on August 16, Shawn Porter has reiterated his commitment to his trainer and father, Kenny Porter.

“[Being trained by someone else] is something that I’ve never entertained or thought about. But I think now, you know, along with my success, you can see, you know, that he’s the one that put me in this position and taught me so much. He’s always been the one for me, I don’t think anyone else could come along and do any more than he’s done for me.

“My dad told me at a young age that you have to set goals and accomplish them. I didn’t turn professional just so I could say ‘I boxed professionally’. I had set in my mind that I wanted to accomplish being a world champion. It didn’t matter which belt it was, but right now I’m the IBF champion.

“Through the Olympic run, it was a goal I’d set, but from 16 or 17 was when I really wanted to set my life for the path of becoming the world champion.”