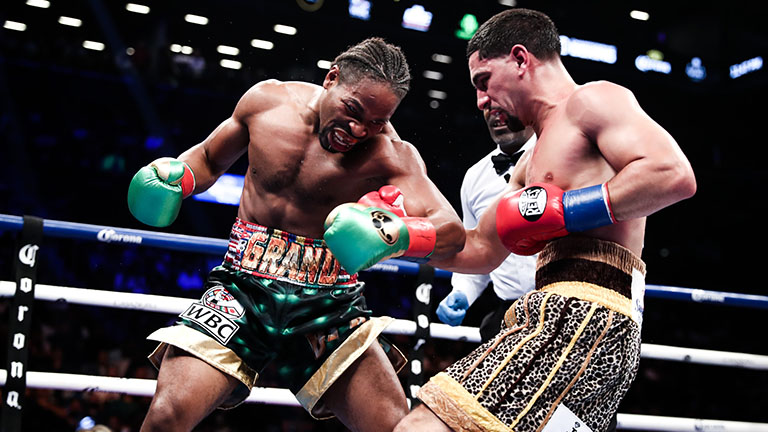 NEWLY crowned WBC welterweight champion Shawn Porter targets IBF titlist Errol Spence Jnr as his next opponent and ranks the Texan as the best in the division.

Porter became a two-time welterweight champion with a points win over Danny Garcia in New York on Saturday and after the fight Spence got in the ring and took the opportunity to call for a unification bout for the WBC and IBF world titles.

“I know how this thing works, I know that Errol Spence got in the ring and he said he wanted to fight me in front of the world and I politely accepted that challenge,” Porter said afterwards.  “Not only because he stepped in the ring and said it but because that’s what I really want.

“I’ve been in the ring with Keith [Thurman] I just beat Danny [Garcia], I think Errol is the next guy for me.

“I don’t think him getting in the ring was for show and I know that the words we exchanged in the ring were not for show.”

As Porter claimed the WBC title, which current WBA ‘super’ champion Keith Thurman had to vacate due to injury, “Showtime” admitted a unification bout with Spence will only be jeopardised if the governing bodies have other plans. Porter said, “The part that you all hate, that I didn’t say in the ring because I’m better than that, is that there is going to be some business that needs to play out.

“I think at this point we’ve got to be patient and make sure that, that’s what everybody wants, then that’s the way it goes.

The 30-year-old Porter was also questioned on how he would rank the welterweight division, and the new WBC king had Spence leading the pack. “I think I’m speaking at who’s been active at [147lbs],” Porter said.