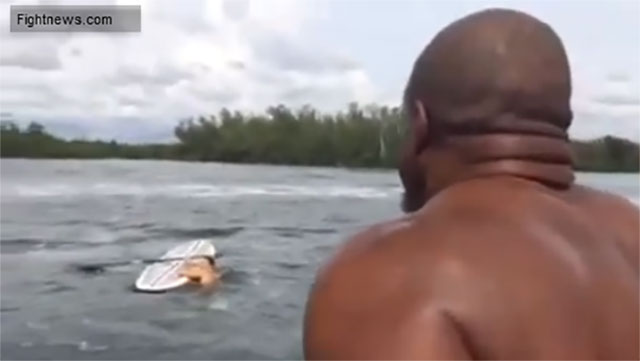 Veteran Briggs trying to goad Klitschko into a fight

Shannon Briggs continued his campaign of trying to talk himself into a heavyweight title fight with Wladimir Klitschko with another videoed confrontation.

Briggs, in a small motorboat, caught up with a paddle-boarding Klitschko and after berating the Ukrainian star, eventually caused him to capsize.

It is the latest in a series of stunts that have got people talking about a mismatch, including Briggs sounding off at the champion during press conferences, workouts inside a cafe in Miami and now in a lake.

“Everywhere you go, I go,” he screams.