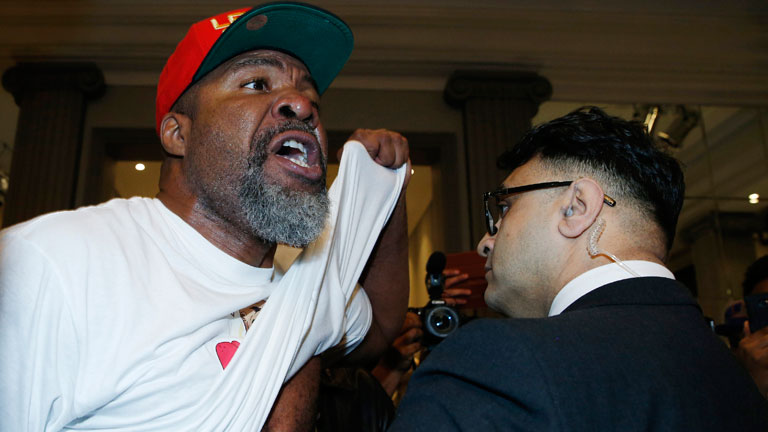 SHANNON BRIGGS‘ June 3 heavyweight fight with Fres Oquendo has officially been cancelled after the American failed a drug test.

Last night the promoters of the event confirmed in a statement that the fight will no longer go ahead and will not be rescheduled.

“The fight has not been rescheduled at this time. Ticket refunds are available at point of purchase.”

Even prior to 45-year-old Briggs’ sample revealing a 7.89 to 1 testosterone to epitestosterone ratio (the allowable limit is 4 to 1), the contest lurked in obscurity after promoters failed to secure a television broadcaster. Another warning sign was the absence of any undercard being announced.

The bout had been sanctioned by the WBA for one of their spurious titles, meaning the winner would have been one of the leading contenders to current WBA heavyweight champion Anthony Joshua.

The WBA have not yet confirmed what their next move will be, but it is likely Oquendo will be matched with another highly-ranked contender, potentially No 2 Alexander Ustinov.