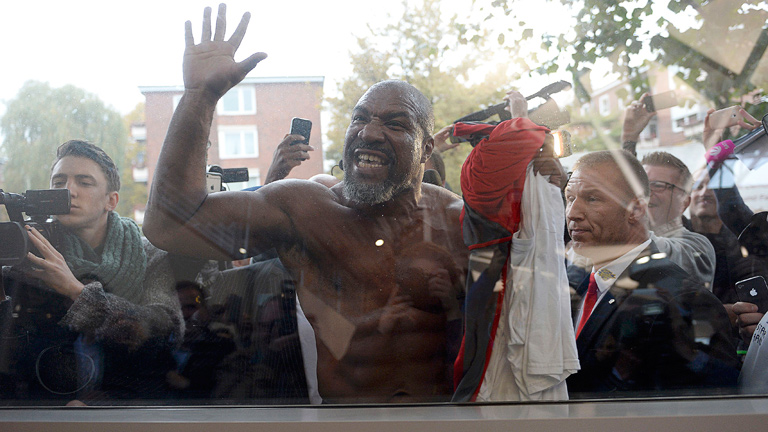 The bout, which was going to be sanctioned by the WBA for their secondary heavyweight strap, was already the object of much derision in the sport due to neither combatant doing anything to merit a title shot. Even prior to 45-year-old Briggs’ sample revealing a 7.89 to 1 testosterone to epitestosterone ratio (the allowable limit is 4 to 1), the Hollywood, Florida contest was in jeopardy after promoters failed to find a television broadcaster. Another warning sign was the absence of any undercard being announced.

Those fans preparing to breathe a sigh of relief that this ridiculous saga is over should remain on guard a little longer; BoxingScene report that former cruiserweight contender BJ Flores – somehow ranked by the WBA at heavyweight despite his only action since being thrashed by Tony Bellew was a blowout of oft-beaten Jeremy Bates – is ready to step in and take Briggs’ place.

“Two weeks isn’t a problem. I would love to step in and face Fres Oquendo. I am looking for big opportunities,” says Flores.

One can only hope that the WBA see this as an opportunity to stop all this nonsense right now. The writing has been on the wall for a long time.