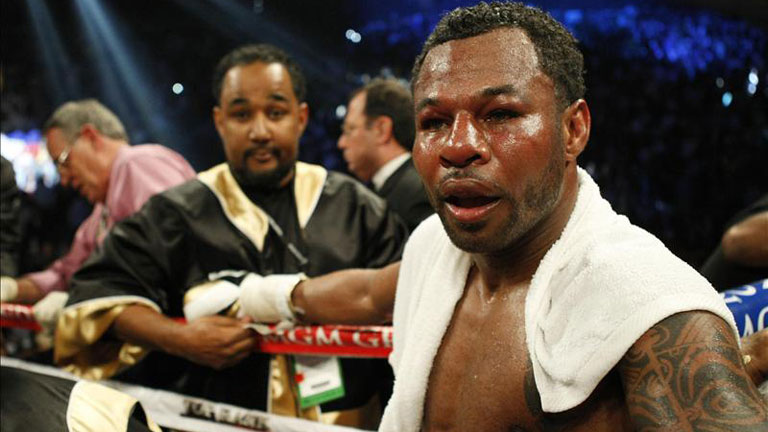 IN a recent interview with TMZ, Shane Mosley looks back on his career and some of the great boxers he fought.

His record reads like a who’s who of recent years, in June 2000 he became a star of the sport with a blistering decision over his Californian rival Oscar De La Hoya at welterweight. Shane had beaten Oscar as an amateur way back in 1984. He then edged De La Hoya – rather controversially – in 2003 up at light-middleweight.

It wasn’t until 2010 that he met Floyd Mayweather, this time back at welterweight. Although handily outpointed, Shane buckled Mayweather’s knees with a powerful right hand in the second round.

Now well past his best, Mosley took some stick against Manny Pacquiao the following year and was dropped in the second by the Pac-Man, who at the time was the best fighter in the sport. Manny was a wide points winner.

In 2012 he went back up to light-middleweight to challenge Canelo Alvarez in another punishing fight was clearly outpointed. At 40, Mosley was 19 years older than Alvarez. Mosley temporarily retired after the defeat: “When you get the kids starting to beat you up, you might need to start promoting.”

Among others in his Hall of Fame career, he boxed Miguel Cotto, Winky Wright, Vernon Forrest, Fernando Vargas, Jesse James Leija and more.