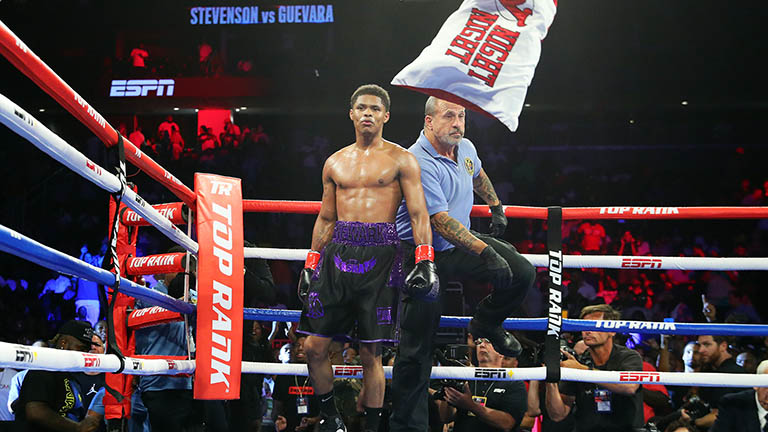 Elite American prospect Shakur Stevenson wants to challenge IBF featherweight champion Josh Warrington, and he's willing to come to the UK to do it

OLYMPIC silver medallist Shakur Stevenson boxed in his Newark hometown on Saturday (July 13) and knocked out Alberto “Metro” Guevara at 2-37 of the third round in a contest that had been scheduled for 10.

Only 12-0 (7) in his professional career and still just 22 years old, Stevenson is eager to challenge for a world title already. He has set his sights IBF featherweight champion Josh Warrington. He called out the Leeds man saying, “Top Rank [his own promoter], you all have to give me better competition. I want the IBF and WBO [world titles]. I would love to go to England to fight Josh Warrington.”

Appraising his own efforts against Guevara, Stevenson said. “I surprised myself today. I was going to the body a lot. I saw him at the weigh-in. He didn’t look like he was in shape [but] that was a great performance I put on for the city of Newark.

“There is only one way to describe tonight – amazing. Seeing all of my family, friends and everybody from the city come out to support me was incredible.”