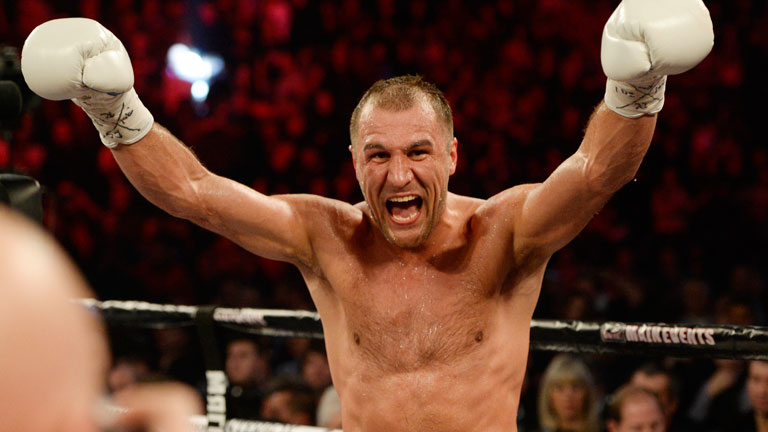 The stage is set for Sergey Kovalev and Andre Ward, the fight that will determine pound for pound supremacy

The bout, currently billed as “Pound for Pound,” will undoubtedly determine who will sit atop the renowned list of the world’s best fighters as the sun sets on 2016.

“I am excited, man,” said Ward. “I am looking forward to it. I want to be the light heavyweight champion of the world… We will see you in November. I have been doing this for 22 years and if I am not ready to fight the best now then I will never be ready. I have been preparing for these moments since I been a kid. You got to respect Sergey for the way he has gotten to where he has gotten. He didn’t have any soft touches. He wasn’t protected. He wasn’t really pushed by the media. He is a guy who should get a lot more credit than he has. The winner of this fight could possibly be pound-for-pound #1.”

In his last fight, Ward defeated former amateur standout Alexander Brand in an admitted tune-up bout that allowed him to acclimate to his new weight. While he won the fight handily, many were critical of his performance, specifically that he was unable to knock out an opponent that was many levels below him.

Prior to that forgetable outing, well, he practically mopped up the floor with every fighter that he’s ever faced dating back to his days as a pre-teen. Although his style is not often the most fan-friendly, he is as effective as they come.

His opponent, Sergey Kovalev, carries with him unbelievable power but is also an underrated technician. His relative struggles against Isaac Chilemba in July, raised a few questions but did not change the fact that he persists as one of the most feared boxers in the sport.

“I am very excited to finally get my chance to face Andre Ward on November 19,” said Kovalev. “I want to face the best competition. I want to be the best Pound-for-Pound fighter in the world. Thank you to all of my fans and I hope everyone will come out and see this great fight on November 19 in Las Vegas.”

The Russian holds three out of the four major belts in the light heavyweight division, and gave up his pursuit of the lineal light heavyweight championship currently claimed by Adonis Stevenson, for an opportunity to fight Andre Ward, one of the most dominant and talented boxers alive.

Rumors of the fight have circulated since Kovalev picked up his first title opposite Nathan Cleverly in 2013, and Ward hinted at his desire to move up in weight, but everything from injuries, to promotional issues to general “sticking points” kept it from coming to fruition. Main Events CEO, Kathy Duva, called the process a “living hell” at a press conference earlier in the month.

This past week, Duva was in better spirits as she announced that the last hurdle had been cleared, an alleged dispute about the venue. The stage is finally set for the fight that everyone has been waiting for.

“There is no greater thrill for a boxing promoter than putting together a fight that the fans want to see,” said Duva. “Sergey has always strived to be the best and face the best and on November 19 the new Pound-for-Pound king will be crowned. This should be a great night!”