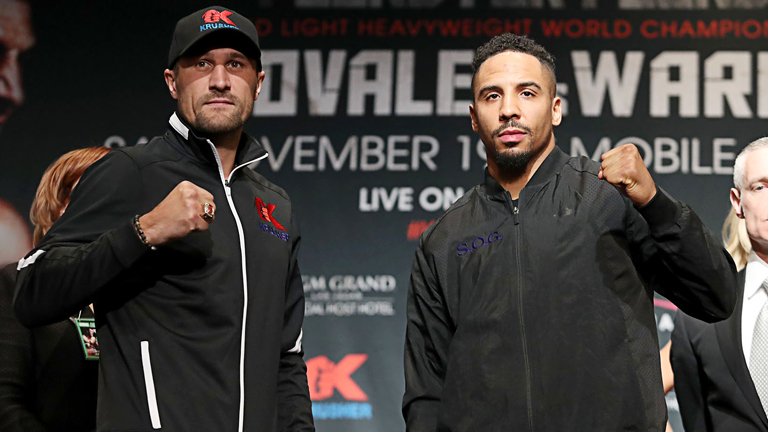 The best fight of the year is upon us. Two of the best fighters in the world – Sergey Kovalev and Andre Ward – will meet for the former’s IBF, WBA and WBO world light-heavyweight titles. Ward, one of the most talented technicians in the game, cleaned up at super-middleweight and recently moved to 175lbs, where Kovalev reigns supreme with his dynamite-laden fists. Both unbeaten, the pair have created a 50-50 fight between two elite operators in their primes. They clash tomorrow night (November 19) at the T-Mobile Arena in Las Vegas.

In the UK, Sky Sports 1 will televise and their coverage starts at 2.00am. Ring walks for the main event are expected around 4.00am. In the US, HBO are broadcasting the fight on pay-per-view. At 4.00pm PT HBO will start their freeview telecast online, and the pay-per-view broadcast begins at 6.00pm PT.

Light-heavyweight contenders Isaac Chilemba and Oleksandr Gvozdyk meet in a crossroads clash over 10 rounds. Chilemba, in his last outing, went the distance with Kovalev though that may have been his last chance at world honours. Unbeaten Gvozdyk has looked mightily impressive as a professional so far. Super-lightweight prospect Maurice Hooker will look to make himself a major contender by taking on former lightweight world champion Darleys Perez while middleweights Curtis Stevens and James De la Rosa meet over 10.