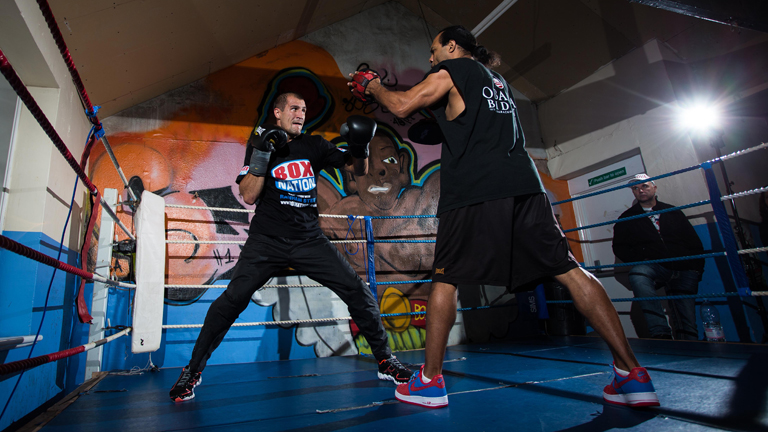 John David Jackson, trainer to Sergey Kovalev and Chris Algieri, tells Chris Walker he is secure enough in his own ability to focus purely on the fighters

CHRIS WALKER speaks to four top trainers – John David Jackson (coach of Sergey Kovalev and Chris Algieri), Abel Sanchez (Gennady Golovkin), Javon ‘Sugar’ Hill (Adonis Stevenson) and Ricky Marquez (Jose Pedraza, Felix Verdejo) – in this week’s issue of Boxing News magazine. This is out now on our app and the print version is in stores on Thursday (April 7). Here is an excerpt, with Jackson focusing on the fighters.

“It’s all about them and that’s the way it should be,” Jackson notes. “I’ve had my time as a fighter, I don’t want my face in the cameras the way certain other trainers do. The last [Jean] Pascal fight, a big deal was made about [Jean’s new cornerman] Roach, and I was like, ‘Come on, this should just be about the fighters.’ The trainers that talk a lot are the ones who get the most attention, but I know with my background as a fighter and the way I’ve been brought up by my trainers, I’m in the top five trainers in the world.”