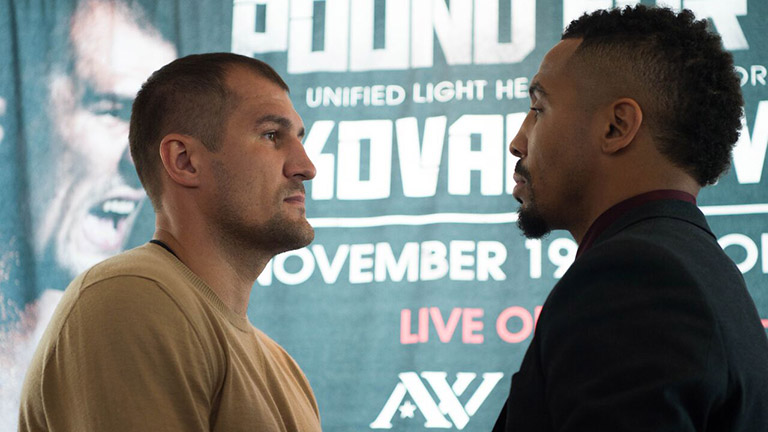 SERGEY KOVALEV is itching to put his titles on the line against Andre Ward on November 19 at the T-Mobile Arena in Las Vegas. “It’s a big moment in my career. I want to thank all of the people who are involved with this fight, my promoter Kathy Duva, Roc Nation and HBO Pay-Per-View. Thank you to all of my fans. It will be a fight to remember; one for the history books. I just want to give the fans a really great fight in Vegas and on HBO Pay-Per-View,” the Russian WBA, WBO and IBF light-heavyweight champion said.

His manager Egis Klimas thinks this will be a defining moment for Kovalev. “I am very proud to represent one of the best fighters in the world, Sergey Kovalev. It’s been a very long road since 2009 when he came here to the United States. He never was pushed by any media, he never was mismatched, he never was protected like many fighters are nowadays. Many don’t know how we used to sit in the van and go from the East coast, town to town, just to get a fight. He never asked me in his career who his opponent is. He just asked when he was fighting and what weight he should be,” Egis said.

“I’m a little nervous, a little excited, but I am looking forward to whatever it is and can’t wait to see you guys in Vegas on November 19.”