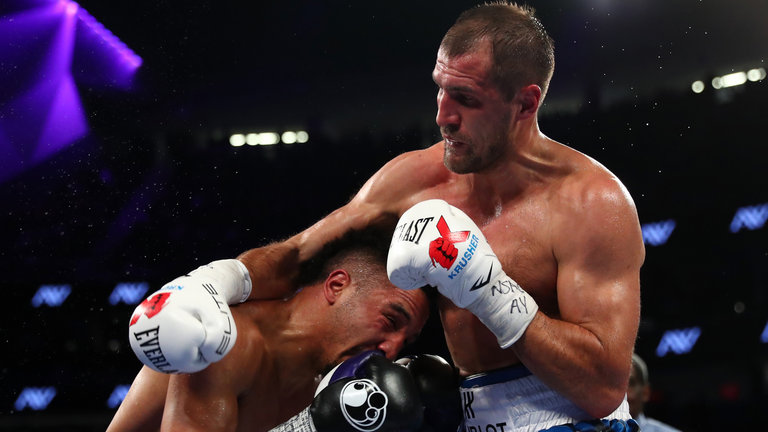 Sergey Kovalev is eager for a rematch with Andre Ward

SERGEY KOVALEV is challenging Andre Ward to ‘prove’ he is the better man by facing the dynamite-fisted Russian in a rematch.

The unbeaten American had to get off the canvas to win, but Kovalev and his team still dispute the judges’ decision and are pursuing an immediate rematch.

Andre “son of judges” Ward speaks a lot of trash to my side. Stop little boy! If you really thinks that you won then approve it in rematch!

Ward maintains that he deserved the verdict but has not turned down the idea of a rematch. Kovalev’s promoter, Kathy Duva, claims there was a rematch clause in the fight contracts and that they are exercising that right.

A second fight seems the natural next step, given how close and entertaining the first meeting was. Both fighters remain two of the top operators, pound-for-pound, in the world and a rematch would have huge appeal.