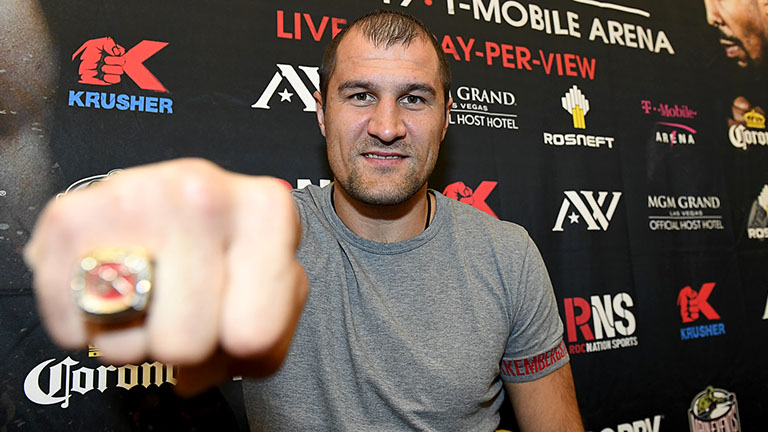 “They give me motivation,” Kovalev said.

“When I lost, I used to take a lot of punishment that I lost. In Russia is more than in America, you know. But in America, even in America, boxing fans of Ward text me by Facebook, by Instagram, by social media that I won the fight. And they right now are going to support me in next fight.

“I want to disappoint them and team Ward, team of Ward because they right now speaking a lot of bulls*** to my side. They say that I this, I this, I this. I don’t care. They will pay inside the ring for everything, for what they said. Trust me.”

Even though he claims he won the fight, Kovalev adds that he was overtrained for their November bout. “I feel much better, you know, I am not nervous about my shape right now,” he said.

“I fought Andre Ward with empty strength. My energy, my strength was empty one month before the fight. And right now, I understand that I did a very great fight in myself with empty strength against who I believed was the best American fighter… But now I feel that this fight is going to be different and much better than last one.