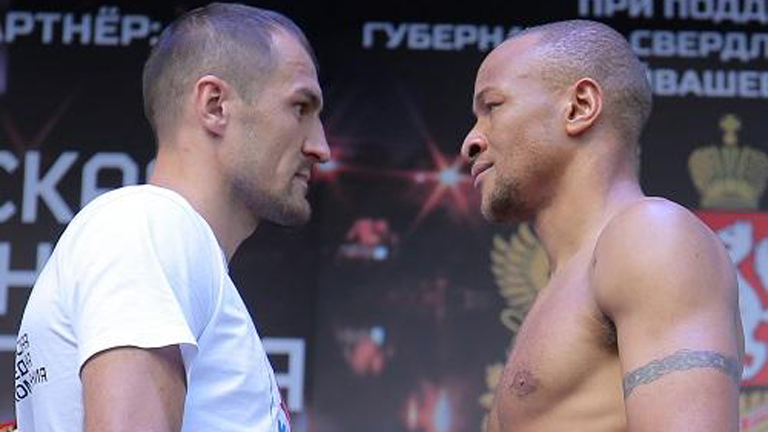 SERGEY KOVALEV and Isaac Chilemba have made weight for their WBA, WBO and IBF light-heavyweight world title fight.

It looks like 2016 will be an active year for Kovalev. While the world title unification fight with Adonis Stevenson he once craved seems a distant memory, Kovalev is on course for a major clash Andre Ward, who after dominating at super-middleweight has moved up to light-heavy. The two are expected to box in November but first Kovalev must defeat Chilemba. The Malawian has a 24-3-2 (10) record, spotted with defeats and draws. Isaac recently lost to Eleider Alvarez and Tony Bellew drew with him, then defeated him to book a world title shot in 2013.

He may be the favourite but Kovalev insists he won’t overlook this challenger. “I am ready for tonight,” he promised. “Thankful for the opportunities that God gave me. I will be fighting in my homeland in front of my friends and family!