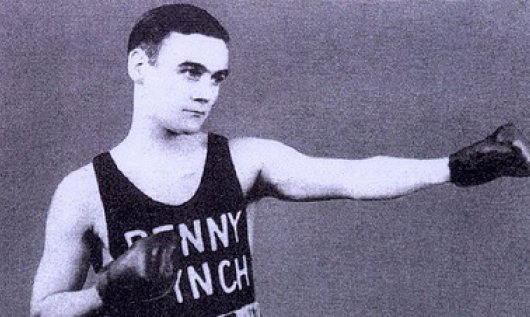 THURSDAY September 18 sees the Scottish people vote on whether to leave the UK, and whatever your view on that issue, there’s no doubt that Scotland has made a huge contribution to British boxing.

Time was when you wanted to be UK No. 1 at flyweight, you had to be from north of the border. Most consider Welsh wizard Jimmy Wilde to be the best Britain ever produced at 8st, but just look at those who preceded and followed him to that accolade.

Leith’s James “Tancy” Lee was champion in 1914-15, actually beating Wilde in a title defence before Jimmy went on to become UK and world king. When Wilde relinquished the crown, the next man to hold it was Glasgow’s William “Elky” Clark – and when he gave it up, he was succeeded by another Leither in Johnny Hill.

In August 1928 Hill even became Scotland’s first world boxing champion (recognised by Britain and California) with a decision over Newsboy Brown at, of all places, the Clapton (now Leyton) Orient football ground in London. Hill tragically died in 1929 and the next Caledonian terror at 112lbs was Benny Lynch, whose dynamic punching would earn him a place as one of Britain’s best at any weight.

Sharing many similarities with Lynch was successor Jackie Paterson just a few years later. Paterson was also from Glasgow, also ruled the world at 8st, also lost his crown (or part of it) on the scales, and also died too young (at 46).

The next Scot to dominate Britain’s flies was Frankie Jones (1957-60), followed quickly by Jackie Brown (1962-63) and Walter McGowan, who took the crown from Brown and was eventually awarded a Lonsdale Belt by the Board of Control because he had no worthy challengers. Walter’s skilful boxing took him all the way to a world title, even if being prone to cut eyes meant his reign was brief.

John McCluskey succeeded McGowan and reigned for a decade (1967-77) before retiring having run out of domestic contenders, although he could never win a belt beyond British level. Since then Scotland has produced just two British flyweight kings in Pat Clinton and Keith Knox, although Paul Weir won WBO titles at strawweight and light-fly, two lighter divisions of much more recent vintage than the classic flyweights.

That’s a pretty formidable history, although one could argue that Scotland’s best ever boxer came at lightweight in Ken Buchanan. But that would be another story.