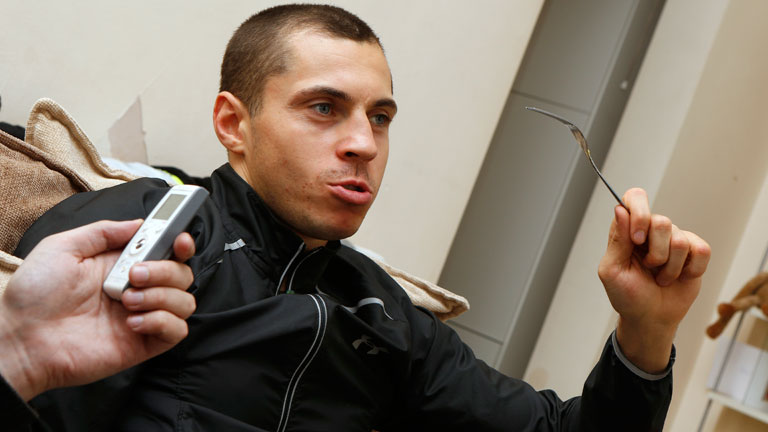 Having taken some long-awaited time away from the sport following his loss to Carl Frampton earlier this year, super-bantamweight, Scott Quigg; 31-1-2(23) is re-immersing himself ahead of an autumn comeback.

With close friend, Liam ‘Beefy’ Smith, Stateside for a world title clash with Saul Alvarez, Quigg, who has recovered from the broken jaw suffered against ‘The Jackal’ is on hand to support the Liverpudlian before heading to Tyneside alongside the Black Flash Promotions team on September 25.

All that whilst getting back into the gym means that Scott Quigg is pretty much back in the game and, after an outing on November 26 in Manchester, goes on a Jackal hunt.

“The jaw has healed pretty well and, having been to see the specialist, I’ve had the plate removed due to aggravation it was causing,” began Quigg.

“Now though I’m well and truly back at the races with a couple of options in front of me at either super-bantamweight or featherweight. However, coming back I’ve made it clear I want to be in the big fights and that’s what my team and I have told Eddie [Hearn].

“I’d like the rematch with Frampton, he’s contracted to give me it, but that’s for next year, not now.”

The undefeated Smith meanwhile, one of five brothers on impressive title trails, hits Arlington, Texas this weekend to defend his WBO world super-welterweight title against Saul Alvarez for what is the third defence of the strap following successes Jimmy ‘Kilrain’ Kelly and Predrag Radosevic (he claimed the strap with a TKO7 of John Thompson in October last year).

For Quigg, it’s a challenge for Beefy but one which can be overcome adding: “I’ve got very high aspirations for Liam.

“He’s been very underrated during his career and this will be his biggest fight to date. It’s great for me to go out there with him as I’m training myself after being forced to rest a bit but I’m looking forward to being in his corner come fight night.”

Upon his return from America, Quigg will be joining up with Pat Barrett, Michael Jennings, Thomas McDonagh and the Black Flash Promotions team as they head to Newcastle for a co-promotion with local promoter, Steve Wraith and Pro Boxing Newcastle Gateshead at St James Park.

He, Jennings and McDonagh are guests of honour, sitting ringside as local stars Jeff Saunders (South Durham, 7-0(5)) and Sam Best (Jobes Boxing Gym, 5-0(2)) co-headline boxing returning to the heart of the city. Quigg, who has grown up with and trained alongside former champion Pat Barrett and coach Brian Hughes et al at Collyhurst & Moston ABC is very much looking forward to his trip to the north-east.

“We go back a long way do me, Pat and Brian,” continued Quigg. “I’m also good friends with Pat’s nephew, Zelfa (an undefeated in eleven prospect from Manchester). We get on really well and it’s great that I’m able to keep in touch with them all as they’ve done so much for me.

“I keep an eye on both the national and world boxing scenes though so I’m looking forward to getting out there and going up to Newcastle to see what’s on offer; then it’s back to the gym with all roads leading to November 26.”

Quigg returns on the Anthony Joshua undercard on November 26 at the Manchester Arena.