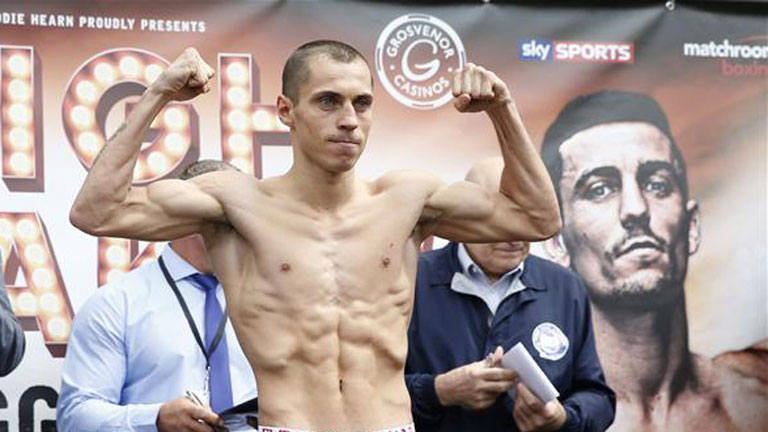 SCOTT QUIGG insists he is not making any sacrifices ahead of his titanic super-bantamweight unification clash with Carl Frampton on February 27.

The 27-year-old is known for his spartan-like dedication and he has taken things to another level for this fight – however he insists his lifestyle is not one of reluctant training.

“Everybody talks about how dedicated I am but I don’t want people to give me brownie points because of the way I train and the way I dedicate my life because I don’t sacrifice anything – it’s what I want to do,” he told Boxing News.

“It’s not that I sacrifice anything, because I don’t. I wake up every morning and do what I want to do, and that’s box. If I was not to box, that would be a sacrifice. I’m dedicated because I love what I do.

“If you’ve got a missus you want to spend time with and you enjoy her company, you don’t want to go out with the lads or anything. What is there to get away from when you love what you do?”

Frampton is unlikely to share that sentiment entirely, given that he leaves his young family in Belfast to toil away with trainer Shane McGuigan in London during his training camps – a commendable sacrifice which has so far paid dividends.

A staple of any training camp is an early start, be it for roadwork, swimming or some hard graft in the gym. While some fighters dread the sound of their alarm clock piercing through their beauty sleep, Quigg relishes the chance to get his day underway.

“I might be a bit of a freak getting up at five in the morning, putting my body through hell. For some reason I like it, I enjoy it. [Muhammad] Ali said he hated every minute of training, I’m lucky because I love every minute of it.

“I do not need an alarm clock. If I need to be up at five, I wake up at five to five. I set my alarm for five but I always wake up five minutes before. My alarms don’t wake me up, what wakes me up are my goals and my will to win.

Both men will be out of their comfort zones on February 27 when they step foot on to a stage neither has yet broached. We await with bated breath to find out who will thrive the most.