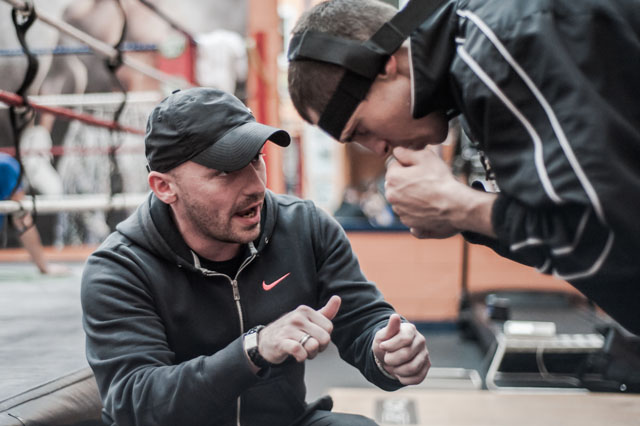 In the first of a new series, Ric Moylan talks about the evolution of training

BOXING is a sport of fantastic history, a battle between two gentlemen in the art of combat. Now of course, in many ways, boxing has evolved. The length of rounds and the equipment used are just two elements of that evolution.

Now of course modern-day British fighters don’t chase chickens like Rocky, but questionable methods of making weight, old-school conditioning such as long-distance running and a non-existent strength programme (due to a fear of ‘getting big or slow’) meant that many fighters were leaving themselves at a disadvantage compared to their overseas counterparts.

In most other sports it has been widely accepted that in order for a competitor to achieve true athletic prowess, a team of specialists is needed, each playing their own unique role. Slowly but surely boxing has followed suit, and the role of the strength and conditioning coach is now gaining wider acceptance, and is becoming more commonplace amongst the boxing fraternity.

Alongside physiotherapists, nutritionists and even sports psychologists, the S&C coach will ensure that a full battery of fitness tests, as well as health screening and checks, are administered to the fighter on a regular basis. This allows the fighter to achieve their division’s weight limit in a more controlled manner, thus not leaving them exposed to issues such as dehydration, fatigue or poor stamina when they enter the ring on fight night.

Working alongside the skill-based trainer, the strength and conditioning coach will designed a periodised plan aimed at supporting the boxing training, by improving areas of weakness in the physiology of the boxer, therefore building greater development in areas such as the ability to react quicker, move their head and feet faster, and deliver more power in their punches. This all leads to the creation of a more complete athlete.

Now let me be 100 per cent clear: whilst the role is an important one, it is only one piece of the team, and Strength and Conditioning cannot and must not ever replace the skill of the actual boxing training. Boxing training is an art form, the ability to hit and not get hit. This cannot be taught by just anybody, or replaced by fitness alone.

But what is also clear is that science-based strength and conditioning is a valuable part of the jigsaw that creates the modern-day, athletic professional Boxer. Therefore, done correctly, it plays a vital role in both the safety and success of the Boxer and due to this, there is no doubt in my mind that the role is here to stay.