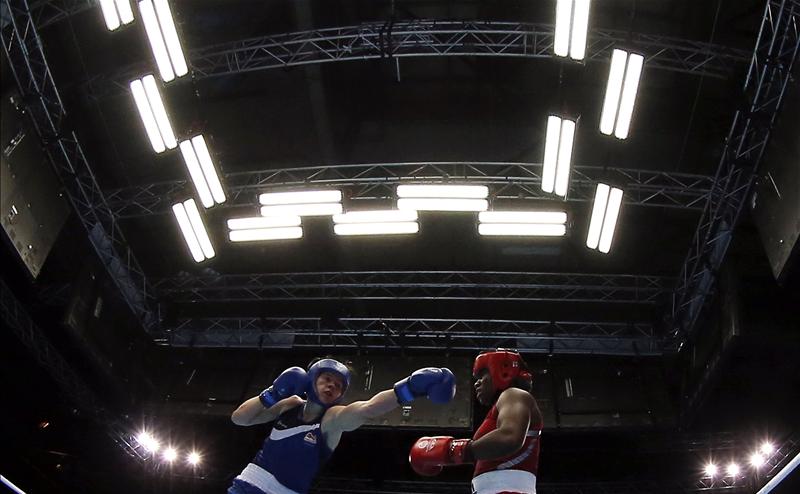 SAVANNAH MARSHALL, the “Silent Assassin”, cooly outboxed and outworked Azerbaijan’s Elena Vystropova in their opening contest at the Women’s World championships in Astana, Kazakhstan on Friday.

Marshall stamped her authority from the first round, sending hooks into the Azeri’s body and working hard to set up scoring blows. Vystropova battled back in the second round but couldn’t shift Marshall’s control and became increasingly ragged as the bout progressed, even being docked a point for holding. The decision for Savannah was unanimous.

Auspiciously Vystropova was the boxer Marshall beat when she won the gold medal at the 2012 World championships.

Lisa Whiteside won her first contest at the Barys Arena. Some boxers here have the Olympic Games to look forward to but for Whiteside, competing at 54kgs to make way for Nicola Adams, this is her major competition of the year. She came so close to a World gold medal in 2014, being pipped by America’s Marlen Esparza, in the final. Now Whiteside is determined to go all the way.

She had a tough first contest, against strong, broad-shouldered Ukrainian, Snizhana Kholodkova. The bout was fought at a high pace, with Kholodkova bounded forward, slinging hooks. She did catch Lisa, but quality straight shots down the middle told. Whiteside began to force the Ukrainian back and won an intense encounter by unanimous decision.

“It was a good first fight. Got me going,” Lisa said, while catching her breath after the contest.

She will box Bulgaria’s Stoyka Petrova on Sunday (May 22) in the next stage of the tournament. “She’s normally at 51kgs,” Whiteside said, “I’ve seen her a lot but I’ve never boxed her so it’ll be good.”

Sandy Ryan completed a hat-trick of wins GB on day two of the World championships, unanimously outpointing Asmae Ouazri of Morocco. She picked out a clear jab, before firing straight shots through the Moroccan’s guard. Ouazri swung back at her wildly, try to swarm forward behind a barrage of blow. But Sandy lashed her back with combinations, whipping a particularly hurtful right uppercut beneath the Moroccan’s attack and made sure of the win.