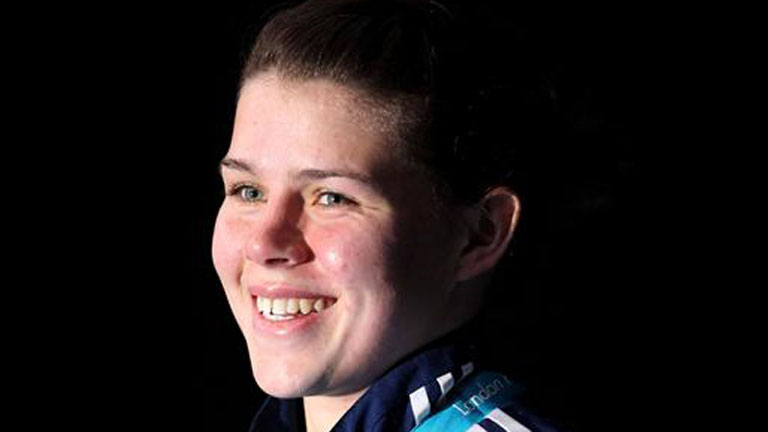 A crucial win at the World championships see Savannah Marshall book her place at the next Olympic Games. John Dennen reports from the Barys Arena

SAVANNAH MARSHALL has qualified for the Olympic Games in August. She becomes the 10th GB boxer to win a place at 2016. To make it Savannah had to beat China’s tricky Qian Li in the quarter-finals of the World championships in Astana, Kazakhstan.

The Chinese flung hooks and looked to tie Marshall up in clinches. But Savannah landed jabs, neat left hooks and the clean straight shots to extricate a unanimous win, 39-37 and 40-36 twice. “She was really good, she was really fast so I knew it was going to be a hard bout,” Marshall said.

But Savannah is a former World gold medallist herself and beat quality opposition to reach the final eight in Kazakhstan. Her first bout was against Azerbaijan’s Elena Vystropova, the boxer Marshall had to beat to win her World gold in 2012. “She was a brilliant boxer, a really, really good boxer so I think for me it was kind of seeing if I had improved, because it was a close bout in 2012. So it was a little bit personal that for me,” she said.

The confidence was apparent in a second bout, a good win against India’s Pooja Rani. “She was a lot trickier I’ve boxed her before. That was probably my hardest bout to be fair, because she’s an awkward style,” Marshall explained.

After losing in the Olympic qualifier in April, there was real pressure on the Briton in this tournament. It was her last chance to make it to Rio but she had to reach the semi-finals, and beat Qian Li, to do that. “I always knew I could qualify but it’s actually doing it and I’ve done it,” she smiled. “I’m back on the World stage again.”

“This is the first major medal I’ve medalled in two years. For it to be when it matters is brilliant,” Savannah continued. “It’s been such an emotional journey, I’m a nervous wreck.”

There is a rest day on Wednesday and the semi-finals start on Thursday. Marshall is guaranteed at a least bronze. But she could well go further than that.