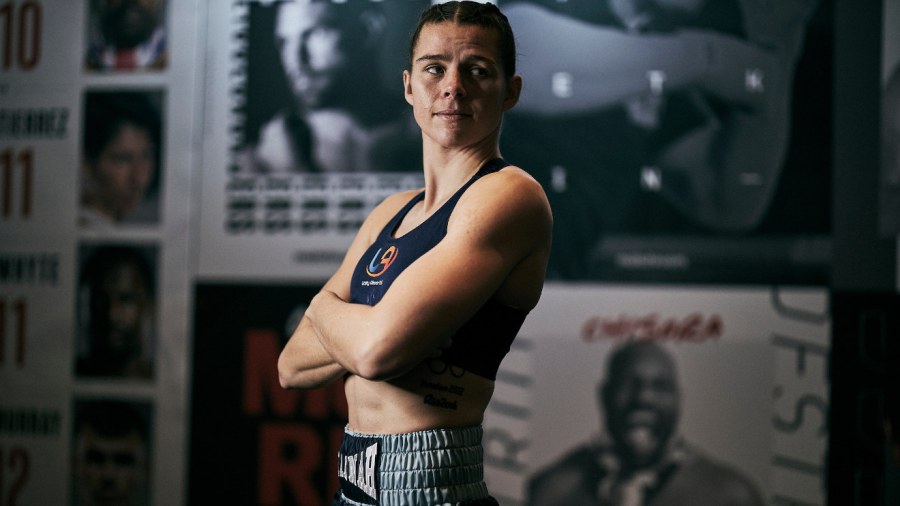 Savannah Marshall says she has no doubt she will repeat her victory against Claressa Shields this weekend (Interview: Roy Kelly)

TEN years ago, I boxed and beat a girl who went on to be a two-time Olympic gold medallist and multi-weight world champion as a professional. To come full circle and beat her again will be amazing.

It would mean everything to me to win all four belts and keep the success of women’s sport in this country going. I boxed at the O2 in 2019 when I stopped Daniele Bastieri on the undercard of my old amateur GB teammate Luke Campbell against Vasyl Lomachenko, and now, three years on, I’m headlining there. That feels brilliant and to be part of an all-female card is amazing.

You look at how female sport is growing in profile and popularity in this country it feels so good to one riding on this wave. This couldn’t have come at a better time, so soon after the Lionesses winning the Euros. I used to watch Women’s Super League matches and three quarters of the ground would be empty, so to see the Lionesses sell out stadiums and have a TV audience of millions is unbelievable.

It would mean the absolute world to me to have that success.

I can remember going to a place in Sunderland when I was a kid in the amateurs with the Headland team who were going there sparring and they wouldn’t let me spar because I was a girl. It was Hartlepool Headland Boys Club when I started there and nothing ever got said but the sign came down after about six months and then it read Hartlepool Headland Boxing Club.

Looking at the journey from the time, I didn’t dare miss a training session – just in case I got sacked – to where we are now, days away from a world championship unification fight, and it’s great. I feel as though I’ve already won, but when I win all four belts that will be the climax.

I watched it again the other day and I saw the 20-year-old Savannah Marshall, skinny, no muscle definition boxing so well, I deserved that win no matter what she says. Her saying I only got that decision because the Olympics were in London that year doesn’t upset me – 99 per cent of the stuff she comes out with is bollocks.

I hope people get to watch it because they’ll see I won clearly. Don’t forget, she only got to go to London 2012 because she lost to me. If I hadn’t won the World Championship she would be without one of her Olympic golds. I can’t wait to box her and beat her again.

I’ve heard people say ’Claressa will tap and run’ but I don’t think she’s got it in her to run.

I’ve never seen her got on the back foot, I don’t think she’ll do that. I’m expecting her too try to stick it on me, I really do.

She’s told everyone she’s going to stop me, but she’s struggled to stop anyone, so I don’t expect her to start with me. I think she’ll stand and trade, but I’m prepared for anything.

There might not be any love lost between us, but I’m sure she respects me and I certainly respect her for what she’s done, she’s an amazing boxer. Apparently she’s a nice girl, but she just likes playing the baddie.

Me? I’m still the Silent Assassin even if I say a bit more now. I’ve matured a lot and I now embrace everything.

Professional boxing is a business, it’s not like the amateurs where I could just stay in the background and not say anything. I’ve got to sell myself and I’ve had to sell this fight. This camp has flown by and it’s been absolutely brutal too. Peter warned me it would be my hardest camp of my life and he wasn’t wrong.

It’s been so hard, so intense, but we’ve left no stone unturned and I wouldn’t have had it any other way. We are ready.