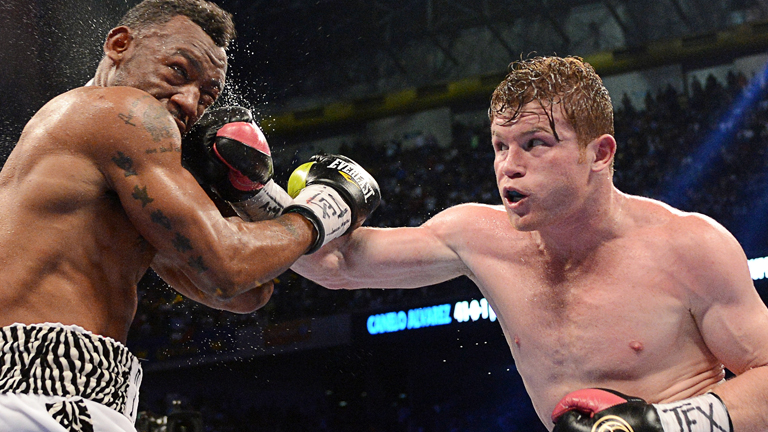 Alvarez promises he's planning for one thing only - to win, writes John Dennen

SAUL ALVAREZ has warned Miguel Cotto not to compare their respective performances against Floyd Mayweather.

While in 2012 Cotto put in a combative showing against Floyd Mayweather, the pound-for-pound ruler dominated “Canelo” Alvarez in 2013. Mayweather won both encounters on points.

“That doesn’t affect me at all,” Alvarez insisted. “Styles make fights. Cotto might have done better against Mayweather but I did better against Austin Trout.” While they both lost to Floyd, Canelo beat Trout, who had handed Cotto his most recent defeat.

“All fights are different,” the Mexican continued. “We have a plan. We have a plan for success in the ring and this is going to be a great fight.”

Alvarez wouldn’t be drawn on whether his future would keep him at middleweight or on whether victory would move him to a clash with outstanding champion Gennady Golovkin. The Mexican is keeping his focus on Cotto and has few illusions about the task at hand. “It’s a very difficult fight, it’s a 50-50 fight,” he said.

It will though be a tremendous occasion, pitting a Mexican idol against a great Puerto Rican. But Alvarez insisted the pressure would not derail him.

“It’s the same responsibility,” Canelo said. “You have to go to win. It’s the same. It’s a fight and that’s what I’m working to do – win.”