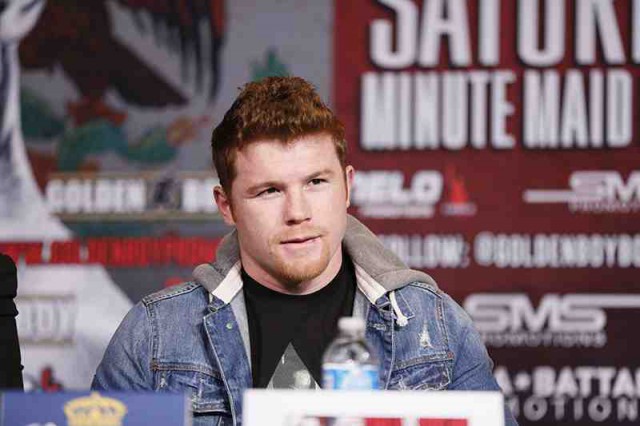 SAUL “CANELO” ALVAREZ and James Kirkland spoke out ahead of their May 9 clash at the Minute Maid Park in Houston, Texas.

“I am looking forward to fighting Kirkland. He is coming to fight. He is dangerous and powerful. I am also powerful and aggressive and I can guarantee you, this is going to be an explosive fight,” Mexican star “Canelo” insisted.

Kirkland responded, “”I’m ready to put my life on the line and give it everything I’ve got. I want to show my fans what I’ve really come to do.”

“We have all seen what Kirkland can do. He is a tough fighter. But, these are the types of the fights that ‘Canelo’ loves, the fights for the fans.”

Rather than Ann Wolfe, Bay Bay McClinton will train Kirkland for this fight. “I’ve know James since he was 16 years old. He was in my training camp I had eight guys. And, out of those eight guys James stood out the most to me.  He promised me that ‘Whenever I have a big fight, you’re going to be the guy.’ He called me, and he stuck to his word,” said McClinton. “He’s going through hell right now, but I’ll tell you, come May 9 he’s not going to be a pit bull – he is going to be a beast.”