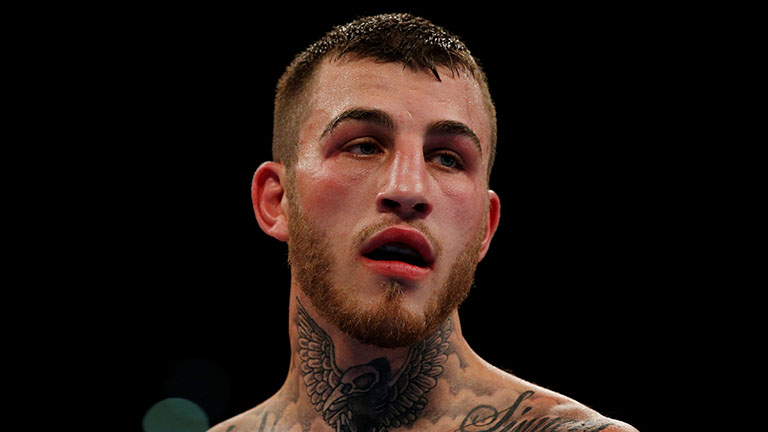 BARELY a month passes without hard-working promoter Tommy Owens putting on a show and while promotions up and down the country the same night were falling by the wayside at the 11th hour his latest offering in the Holte Suite at Villa Park went ahead without a hitch.

Not for the first time in recent months, game Brummie Ben Fields raised a few eyebrows. Hot on the heels of a revenge win over Manchester’s Kane Gardener and a draw against home man Denis Denikajev at York Hall three weeks earlier, he had his arm raised again as Shaun Messer adjudged him a 59-57 winner over Burntwood six-footer Sean Daly, who had won all eight over the distance.

Ben travels again later this month, for a booking against former English lightweight champ Lee Appleyard, in Rotherham. He won’t be there just to make up the numbers.

In charge for two other bouts and scoring the rest for trialist Chris Dean, Dudley official Mr Messer adjudged Stourbridge’s Sam “The Savage” Eggington a shut-out 40-36 winner over Islington’s busy and durableJordan Grannum. He also had Birmingham’s Cori Gibbs, in his first bout for nine months, winning by the same score against Stockport’s Jamie Quinn.

In those he scored from ringside there was another winner from the Gibbs family, super-lightweight Tion Gibbs securing career victory number seven with a 60-56 success against Wolverhampton’s unbeaten Clayton Bricknell, while in the one remaining six Birmingham lightweight Ishmael Ellis won an entertaining bout against Canning Town’s Lee Hallett by a closer score of 58-56.

Winners over four rounds were Brummie lightweight Kaisee Benjaminand Coventry bantam David Seymour, who respectively triumphed 40-36 and 39-37 against Thornton Heath’s Richard Samuels and Middleton’s Steven Maguire, who was cut both above the eye and on the nose.

The Verdict The fifth show of the year at this venue and the promoter showing no signs of slowing.