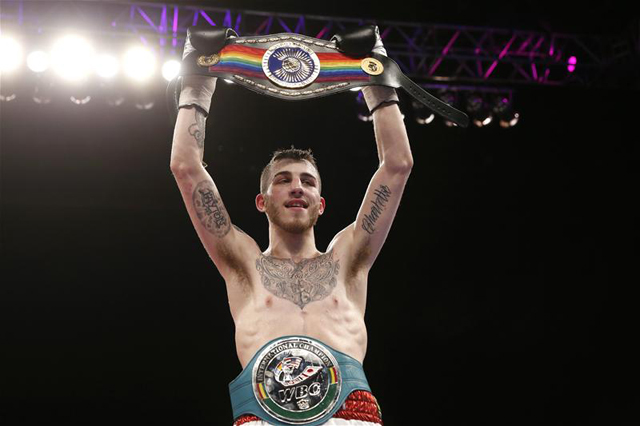 BRITISH and Commonwealth welterweight champion, Sam Eggington, 17-2 (9), came face-to-face with mandatory challenger, Bradley Skeete, 22-1 (10), in Birmingham on Monday ahead of what is set to be the biggest test of the young champion’s career, when on March 5 the two men are set to collide at the city’s Genting Arena.

Eggington, 22, has enjoyed something of a meteoric rise up the ranks since separate appearances in the Prizefighter competition back in 2013 and 2014, experiencing an incredibly fruitful 2015 in which he boxed four times and picked up both of his titles in entertaining fights, last defending them with October’s points win over Dale Evans.

More experienced Londoner, Skeete, whose sole blemish is at the hands of Frankie Gavin in a prior British and Commonwealth title challenge 13 months ago, is expected to pose questions not yet asked of the champion.

“It’ll be a tough fight, I know that. Bradley’s not daft, he’s got a good boxing brain and he can ‘have it’ as well if he has to but I’m confident,” Eggington said. “This fight won’t be easy but as long as we do everything we need to in training, I will come out with the win.”

“This is a big fight for the British and Commonwealth titles,” Skeete said. “I’m glad that the politics got put aside, and although I know it went to purse bids, it just shows [promotional co-operation] can happen and we’ll put on a great one for the fans.”