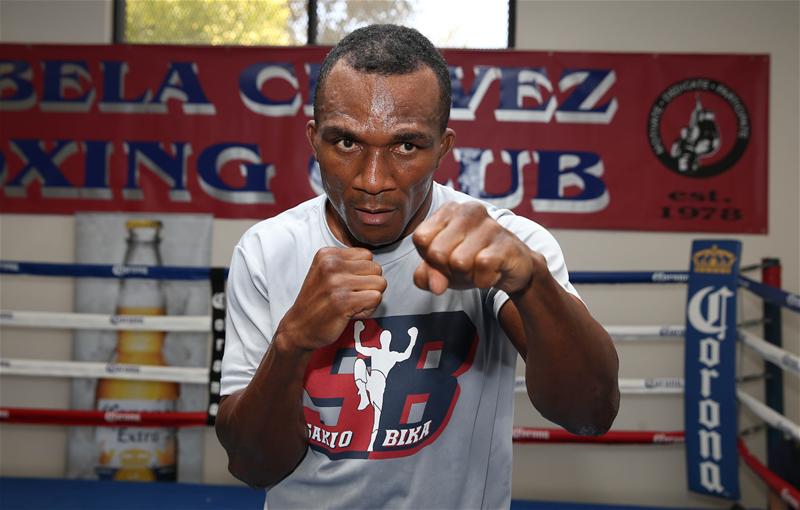 Adonis Stevenson has not been beaten for the past five years and boasts an impressive record of 25 wins (21 by KO) and only one loss.

“I want to thank Al Haymon and my team for all their support for securing me the opportunity to become a two division world champion,” said Bika.

Sakio has not been active in the ring since relinquishing his WBC title to Anthony Dirrell in August 2014 and is hungry to again become a world champion.

“It is a big opportunity,” Bika continued. “I have to put everything on the line. I’m focussed, fit and pushing myself to become a champion again. Adonis is nothing special to me. I have fought the best southpaws in world; he has never fought someone like me. I’m relentless; I will work very hard and strip that belt from him.”

Sakio has recently returned from his country of birth Cameroon where he was accompanied by filmmakers Ben Damon and Calum Stewart who have been following Sakio around the globe over the past 12 months filming a feature documentary about the Australian’s amazing life from poverty in Africa to becoming the world champion.