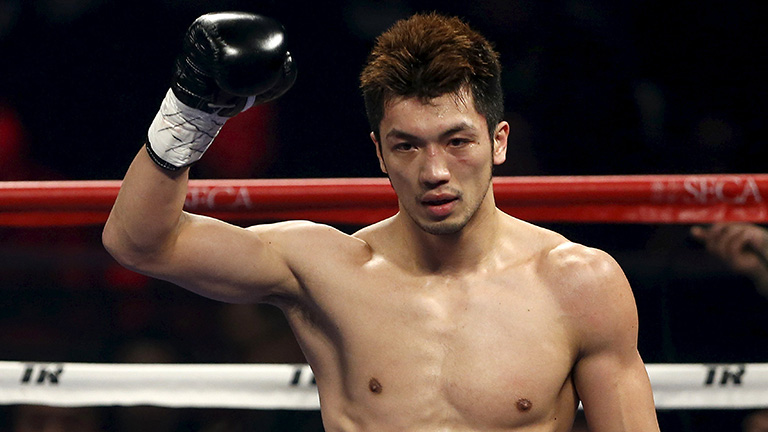 Ryota Murata features in a terrific triple-header in Yokohama

The middleweight pair are both noted punchers with similar flaws and this one looks unlikely to go the full 12 rounds. Butler’s only defeat came at the hands of compatriot Brandon Cook in January 2017 but he has racked up 10 wins since then, with all but one inside the distance. Murata, however, should be able to keep his cool and stop Butler, but don’t rule out a one-punch upset from the visitor.

In what looks like the fight of the night on this Teiken card, South African Moruti Mthalane defends his IBF flyweight strap against former three-division king Akira Yaegashi, who is fighting for a world title for the first time in over two years. At 36, Yaegashi’s best days are behind him but he will still bring the heat against Mthalane, who is now undefeated for over a decade. Mthalane climbed off the canvas to win the vacant title against Muhammad Waseem in 2018 and has since defended it twice, once in Japan, and another victory, most likely on points, is probable here.

Kyoto’s long-reigning WBC light-flyweight titlist Ken Shiro faces another decent test in the form of experienced Filipino Randy Petalcorin. Shiro, 27, has already successfully defended the belt six times and is one of the sport’s most overlooked champions. And, with four stoppages in his last five fights, the Japanese’s punching power is beginning to come to the fore. It is only 14 months since Petalcorin was dropped three times and stopped inside seven by Felix Alvarado and it could be another tough night for the challenger, who may not make it to the final bell.