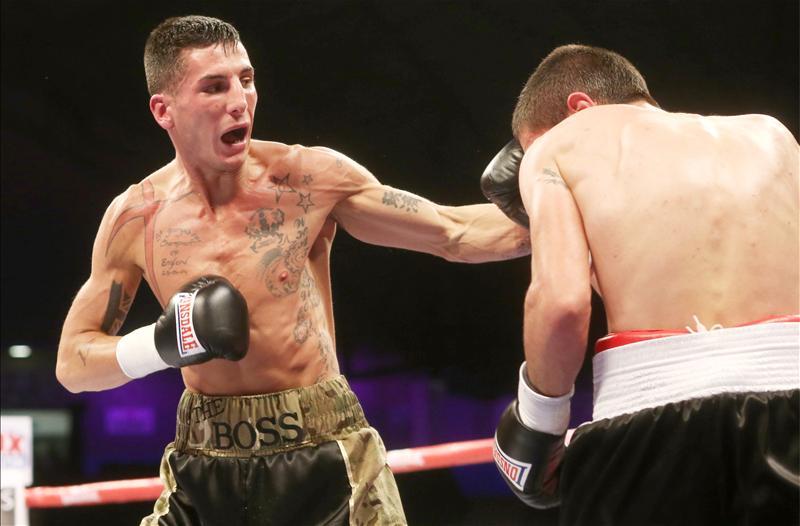 FORMER British title challenger Ross Burkinshaw gets an unexpected but welcome return to the big time on Saturday September 6 when he faces Jason Cunningham for the Commonwealth bantamweight title at the Doncaster Dome.

In a terrific all-Yorkshire battle, Sheffield’s Burkinshaw steps in against home-town man Cunningham after original opponent, and former champion, Martin Ward was forced to withdraw at late notice with a chest infection.

“I’m delighted to get Ross this opportunity,” explained promoter, and Burkinshaw’s manager, Dennis Hobson.  “He has been working really hard with trainer Ryan Rhodes and is looking in fantastic shape.

“It’s unfortunate that Martin had to pull out, but he’s been chivalrous and vacated his title with the guarantee that he’ll face the winner between Ross and Jason.

“This is a fantastic fight.  I think Jason will be the favourite heading into the contest but Ross knows this is his big chance to get back into the mix.”

Cunningham is undefeated in 12, with four KOs, and has picked up rave reviews since turning over in 2011.  The 24-year-old was confident of causing an upset against Ward, and will be sure he can do a number on Burkinshaw.

Ross, who lost a British super-flyweight challenge to Bristol’s Lee Haskins in 2009, is the more experienced man and has been in terrific form, winning his last three fights – two by KO – since teaming up with Rhodes.

“In 20 years of boxing this opportunity has come at the best time for me,” said Burkinshaw.  “I’ve never felt better.  I’m in the best shape of my life and I train like every fight is a world title.

“I don’t know much about Jason, except that he’s a good kid.  But he’s never been in with Ross’ The Boss’ and I’m going there to win.”

“This is Jason’s toughest fight yet,” stated Cunningham’s trainer and manager, Steffy Bull.  “Ross has only lost to the best and he’s in great form since training with Ryan.

“I think it’s 50-50 and will be a top fight, but I’m backing my man Jason to come through.  I know Ross and Ryan well and am looking forward to sharing a drink with them afterwards.

“The show is close to a sell-out but there should be a few tickets left direct from the Dome.”